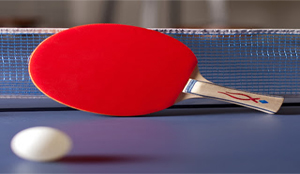 ZAMBIA put up a spirited fight to mint silver in the men’s team event of the Confederation of Southern Africa Table Tennis Association (CSATTA) Zone Six tournament that was won by South Africa.

In the men’s event, the Zambia men’s A team finished third on 12 points behind a dominant South Africa who managed 15 points ahead of Botswana on 10 points while Zambia B were fourth on seven points and bottom placed were Namibia with two points.

To get the silver, Zambia’s Team A comprising Simasiku Kalaluka, Friday Ng’andu and Lloyd Mubanga kicked off the campaign with a 3-1 win over Botswana before suffering a 3-0 defeat to South Africa.

But the trio recovered well to beat Namibia 3-0 followed by an identical win over Zimbabwe and Zambia B.

In the women’s event, South Africa won gold after topping the log with nine points followed by Botswana with six points with Zambia A in third position on three points while Namibia and Zimbabwe did not field teams.

Zambia A managed to beat Zambia B 3-0 to get the third slot but lost 3-0 to South Africa, who also beat Botswana 3-0 and Zambia B on their way to claiming gold. Team A had Kate Phiri, Lucia Mwale and Gertrude Phiri while Zambia’s B side comprised Anita Chilombo, Latifa Nalavwe and Mubanga Kaunda.

Meanwhile, South Africa headed into last evening’s men’s doubles and mix doubles as favourites looking to add on the two gold won on the opening day.

The Zambian pair of Kalaluka and Ng’andu reached the finals where the duo were expected to face a South African pair of Terence Mathole and Theo Cogill but Noel Kasanda and Kate Phiri suffered semi final elimination at the hands of the South Africans in the mixed doubles.

Kabinda said he was happy that Zambia had this time around managed to topple Botswana having finished behind their neighbours on several occasions.