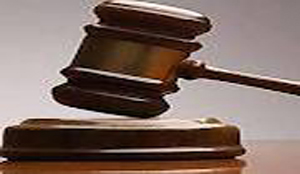 Gift Moyo, 40, a ZNS nurse told Lusaka magistrate Wendy Chibesakunda that although he understood the charge levelled against him, he was not guilty.

Moyo is facing one count of assault occasioning actual bodily harm contrary to the law.

It is alleged that Moyo, on January 25, in Lusaka did assault Mr Soko, thereby, occasioning him actual bodily harm.

According to Mr Soko, on the material day, he was driving on Makeni Road when he saw a Toyota Allex, registration number ALR 805, fall into a ditch.

When he moved closer to see whether the driver had sustained injuries, no one was in sight and he later called for reinforcement to tow the car.

The incident happened after 18:00 hours and while Mr Soko was waiting for a towing truck, Moyo appeared and engaged him in a conversation.

He, however, received an unexpected slap on his left cheek from Moyo that saw Mr Soko sustain a painful cheek and lower jaw.

This is the second time Mr Soko has been assaulted while conducting his duty as RTSA CEO.

The first one was when he gave chase to a speeding motor vehicle on the Great North Road last year.

The matter is in court.
Ms Chibesakunda has since set March 28, as the date for commencement of trial.