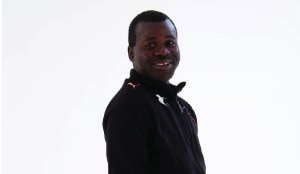 By FELIX MALUNGA and SHAMAOMA MUSONDA –
CONFUSION has erupted over the burial of late former Chipolopolo soccer star, Dennis Lota with his parents demanding that he be put to rest in Zambia while the family in South Africa insisting that everything should be done in Johannesburg.
Lota’s parents sought help from the Football Association of Zambia (FAZ) to get passports to enable them fly to South Africa and repatriate the body to Zambia.
FAZ spokesperson, Erick Mwanza confirmed that Lota’s parents and two brothers went to Football House seeking the association’s assistance over acquisition of passports.
Mwanza said Lota’s family in Zambia wanted to travel to South Africa but refused to dwell into details on the burial arrangements because it was strictly a family matter and FAZ could not comment.
But family spokesperson in Johannesburg, John Mphatsoe said Lota would be buried in South Africa where his wife and children were based.
Mphatsoe said yesterday that burial had been tentatively set for next week but could not give a definite date.
“Burial will be in South Africa next week because that’s where his wife and children are. There is nothing like burying him in Zambia,” he said.
A memorial service for the late 40-year-old former Zambia striker has since been set for Monday at the Harvest Time Dome Church in Clairmont, Johannesburg.
The memorial service will be held from 19:00 hours to 21:00 hours.
FAZ president, Kalusha Bwalya will be among prominent personalities who are expected to pay tribute to Lota, who at the time of his death on Tuesday was an assistant coach for Premiership side, Moroka Swallows.
Others to pay tribute to Lota will be South Africa Premier Soccer League (PSL) chief executive officer, Brand de Villiers, Moroka Swallows owner, Leon Prins, coach Zeca Marques, Orlando Pirates boss, Irvin Khoza and Zimbabwean legend, Innocent Chikoya, who played alongside Lota at Swallows.
Prins rated Lota, who performed most notably for Orlando Pirates and Swallows among other clubs in the PSL, as one of the five best strikers to have graced South African soccer since the formation of the Premier League.
Kalusha said:“He was my strike partner, a team player and a humble and dedicated colleague, who served his country with distinction.”
Lota, who recently attended a CAF ‘A’ Licence Coaching Course in Lusaka, died at a Johannesburg clinic on Tuesday night from suspected malaria.
Last Friday night, Lota sat on the bench for Swallows as his team lost 0-2 to PSL leaders, Kaizer Chiefs at Dobsonville Stadium.
Lota won 79 caps for Zambia, including four appearances at the Africa Cup of Nations (AFCON) and notably at the 1996 edition where he won a bronze medal with the team on his AFCON debut.
He played more than 100 games for Orlando Pirates, setting up scoring records for ‘The Buccaneers’ in the process.
Lota also had spells at a number of other South African clubs including Swallows, Mpumalanga Black Aces, Witbank Aces, FC AK, Amazulu and Dangerous Darkies.
At the height of his career when he was playing for Orlando Pirates, Lota won the PSL Golden Boot Award after emerging top scorer.