Your babies feeding habits, their effect on teeth
Published On May 28, 2016 » 2147 Views» By Hildah Lumba » Features
0 stars
Register to vote! 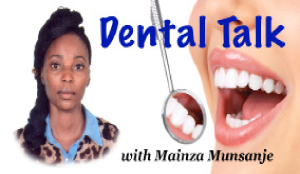 MARK Twain wrote: “Adam and Eve had many advantages, but the principle one was that they escaped teething”
Todays’ reading is on rotting teeth in children a condition known as early childhood caries.
This condition is brought about by many factors such as inappropriate feeding habits.
As we well know infants develop eating patterns soon after they are born when milk is provided to satisfy their hunger.
The milk fed to the babies provides nourishment and also a source of comfort for the infant. As they grow older taste and appetite play a role in their choice of foods.
Before we go further, let us first understand the difference between caries and cavities.
Caries is simply the breakdown is tooth structure which may or may not be visible to the eye.
Therefore, it is a process by which of our teeth get damaged because of bacteria that feed on sugars most especially sucrose.
On the other hand cavities are simply holes in our teeth resulting from the carious process.
Therefore, it is the product of acids from sugars together with foods lodged in our mouths.
Eating patterns are established by parents most part of the time, as they provide the infant with healthy foods as well as foods they were fed as infants.
Through repetition food habits are acquired. A food habit of major concern in today’s writing is nursing bottle syndrome, which results in early childhood caries.
Most babies when put down to sleep have a habit of sucking on bottles filled with milk or sweet fluids.
Because the child derives comfort and pleasure from sucking on a bottle, and because of “quietening” effect on the child, parents practice these things.
When this habit is repeated over a period of time, especially when baby is over weaning age of 10 to 12 months, babies teeth begin to rot.
This is because teeth are continuously flooded with sugars which are foods for the bacteria and this leads to severe and rapid tooth destruction, a condition called Early Childhood Caries or often referred to as baby bottle caries.
It is important to remember that during nap time or nighttime saliva flow drops leading to reduced defence mechanism by the body to caries.
The problem is usually caused by a baby or child usually below the age of three, falling asleep while nursing bottle or breast feeding.
While the child is asleep the sugary liquids concentrate in the mouth, mostly around the front teeth and the bacteria in the mouth turns the sugar into acid, and this causes decay.
Most mothers do not know the dangers of this habit, as they mostly do it to sooth the crying or irritable child at night.
Most common liquids fed to baby in a bottle are formula, breast milk, cow’s milk, fruit juices, fizzy drinks, and any other sweet (sugar) containing fluids.
The good news is that with a few simple steps, baby bottle caries can be prevented. This involves implementing good oral hygiene at an early age.
Prevention
* Cleaning Childs teeth daily as soon as they appear including flossing
* Not allowing your child to fall sleep with a bottle filled with juice, milk or formula
* Not allowing your child to sip on a bottle filled with juice, formula, milk for long periods of time
* Avoid all sugar containing liquid in the nap or bed time bottle
* Giving your child plain water when he or she is thirsty
* Don’t dip soothers in sugar or honey.
* Check your Childs mouth often
* If you notice discolouration or white spots go to the dentist
* Encourage child to drink from a cup
*  Do discourage bottle feeding by your child’s first birthday
*  Do encourage a varied diet in line with healthy eating recommendations
*  Clean baby’s gums with clean gauze or wash cloth after feeding
*  Schedule visiting a dentist by your child’s first birthday
If your child has developed the trend of sleeping while sucking on sweetened fluids, take the following steps to break the habit.
* Gradually dilute contents over a three week period each time less sweeter
* Gradually reduce sweet foods in your Childs diet especially in between meals.
For the parents whose children have developed early childhood caries, quickly take the child to the dentist as soon as possible as this will increase chances of avoiding extraction.
Possibly a procedure called pulpotomy may be performed or minor treatment involving fillings may be done.
Consequences of premature loss of baby teeth are as follows
• Adult teeth position themselves into inappropriate positions
•  Teeth crowding or crooked teeth
•  Chewing problems
Oral health affects people physically and psychologically, and influences how they grow, look, speak, chew, taste food, and socialise, as well as their feelings of social well-being. Children need their baby teeth to chew and smile.
Till next week smile and wave. Comments:nzamai@yahoo.co.uk