Christina: A model with difference
Published On July 30, 2016 » 10600 Views» By Davies M.M Chanda » Entertainment, Others
0 stars
Register to vote! 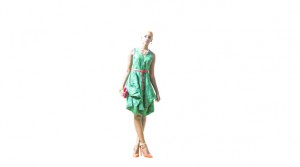 By JAJAH COULIBALY –
WHETHER it’s lights, camera and action or make-up, clothes and the runway, Christina Sakala is ‘the model’ that has been known to bring it all.
Upholding the true meaning of what it is to be a model, Christina has set off on a journey to make her mark, not solely by the beauty reflected in her ability to pose but that which is reflected in her ability to impose.
Bringing forth a selfless initiative to use her career to impact society in a positive manner, she is a lover of the underprivileged and charity work, a third-year law student and a definite lover of modelling, who’s love for the art has developed her into an extraordinary model.
So who is this extraordinary model? Describing herself as a Ngoni by tribe but Zambian at heart. Christina is a proud ‘mum’s girl’ coming from a family of eight, labelling herself as highly family oriented.
Christina is also a proud Christian with a passion for helping the underprivileged in society. Ironically, growing up, Christina was a tomboy with little interest in fashion or modelling, and only got into modelling after graduating from high school, when she was tricked into auditioning by her boyfriend at the time. Christina has since grown a passion for the industry and has continued to pursue a career as a model.
“Growing up I loved soccer and sports more than anything. I’ve always been a Manchester United fan and I looked up to Ryan Giggs, Well it was more of a crush than anything.” said Christina.
“He’s now one of the coaches on the team and that’s taught me that perseverance pays off. Who knows maybe one day he’ll own the entire club,” she said.
Exploring her newly found passion Christina got her first ever job as a model, hostess for SBM at the launch of the first president’s safari suits, which unlike for many starters was an event that was prestigious.
Christina expressed exuberance stating that it was a thrill for her as she met high profiled individuals. Subsequently, Christina continued to take on many jobs as a model such as walking in multiple fashion which include, Zambia Fashion week, and in private fashion shows for designers like, Chiza of Esnoko Chizo Designs, Nektaria of house of Donta and The Greek Fashion Show by Kapasa of Mangishi love to name a few.