By PERPETUAL SICHIKWENKWE –
GOTV Broadcasting Zambia Limited and GOtv Zambia Limited have sought an injunction to restrain ZNBC from disconnecting its services from its digital terrestrial television platform.
GOtv wanted the Lusaka High Court to compel ZNBC and Topstar Communication Limited to immediately restore the free-to-air services on it‘s terrestrial television platform.
It also wanted the national broadcaster to be restrained from interfering with its digital terrestrial television services which had resulted in disrupting the GOTV service it provided.
GOtv further sought a declaration from the court that the operation of the public signal distribution network by Topstar is illegal and unlawful. 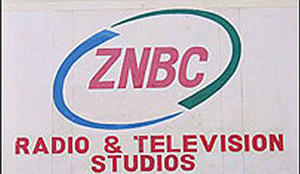 “An order for the defendants to indemnify the plaintiffs against any claims made by subscribers affected by the decision of the defendants” reads part of the statement of claim filed by GOTV in the Lusaka principal registry.
GOtv stated that it was a shareholder in the GOtv Broadcasting Zambia Limited and GOtv Zambia Limited, while the remaining shares were being held by Multi Choice Africa Limited, a company incorporated in Mauritius.
It stated that Topstar Communication Limited was a limited liability company incorporated under Cap 388 of the Laws of Zambia carrying on the business of public signal distribution service.
GOtv submitted that ZNBC was a shareholder in Topstar, while the remaining shares were being held by Hantex International Company Limited.
It said ZNBC was a national public signal distribution service provider, licenced and issued with frequencies for the purpose by the Zambia Information and Communication Technology Authority (ZICTA).
From June 2015, GOtv had received broadcasting transmission of free to air channels from ZNBC.
It said the Digital Migration policy which was published by the ministry of Information and Broadcasting Services in 2014 required that ZNBC facilitated the grant, to GOTV Zambia Limited of a national exclusive signal transmission license and a national exclusive basic television operation license.