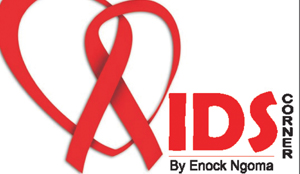 I HAVE continued to receive reactions on the topic of voluntary medical male circumcision that I wrote about some three weeks ago.
This week, Kitwe based HIV/AIDS activist Samuel Kumar sent the following thoughts on male circumcision:
Science behind circumcision:
• Skin has two main layers, Epidermis and Dermis. Epidermis is the first layer under the keratinised outer layer and then followed by the dermis. Keratinised layer is composed of dead cells and impermeable to any pathogen unless there are cuts.
• Outer foreskin is keratinized (dead cells) but internal (when the foreskin is flipped over) mucosal surface of the foreskin is thinly keratinised and rich in cells called Langerhans cells that are targeted by HIV.
• Under the flipped over foreskin there are epithelial cells that has   a specialized type of cells called Langerhans cells that has a high affinity to HIV, Langerhans cells bind to HIV and  then HIV is transported to lymph nodes where there are CD4 positive T cells for further infection.
CD4  cells are like the generals of our immune system (sometimes improperly referred to as soldiers), they are responsible for giving signals/instructions to other cells called B cells ( cells that make antibodies) and CD8  cells ( cells that destroy other infected cells ) to make an immune response and destroy the pathogen, unfortunately the very CD4 cell also called T cells , that evokes an immune response becomes a target for HIV.
The CD4  cells become a  virus factory, since HIV  injects its genetic material called RNA into the CD4 cell, and the CD4 cell becomes infected making more copies of HI. Hence the very purpose of CD4 is lost and it is made to make viruses.
• When the foreskin is removed there is very less mucosal area and hence less targets for HIV, Also the head of the penis called the glans, gets keratinised and becomes impermeable to HIV, however HIV can still enter through the Urethra (urinating hole) and there could also be other ruptures in the head of the penis or genital infections that makes it easy for HIV  to bind to target cells, hence circumcision is only 60 percent effective.
Benefits of circumcision:
Intact foreskin is associated with infections -Genital ulcer disease Urinary tract infections in infants – 12 fold increased risk in uncircumcised boys Syphilis – 1.5-3.0 fold increased risk in uncircumcised men Chancroid – 2.5 fold increased risk in uncircumcised men
Human Papilloma Virus (HPV) – 63% reduction in circumcised men Invasive penile cancer in men -22 times more frequent in uncircumcised men Cervical cancer in female partners – 2.0 – 5.8 times more frequent in women with uncircumcised partners.
If you are circumcised you are still at a 40 % chance of contracting HIV from a HIV positive female partner.
• The virus can still permeate through the urinary hole (urethra) that has mucosal membrane.
• The virus can still permeate through ruptures in the head of the penis.
• If there are STD’s in the female partner then the viral load spikes and the male partner becomes more vulnerable, and also the mucosal barrier is thin, this can easily permeate HIV as well.
• If you are circumcised you will still need to practice safe sex.
• Also if the male has genital ulcers, then his chances of contracting HIV becomes greater.
Thanks Samuel for your usual contribution to this column. I invite thoughts from others on on any issues pertaining to HIV and AIDS or any health related matter.
For comments write to knoxngoma@gmail.com or SMS/call +260955883143