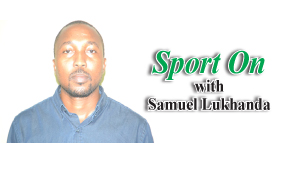 THE candid interview that Clifford Mulenga gave to Kickoff Magazine touched base with one of the most contraversial issues in the modern game of football – player agents.
The rise of the player agents in the modern game has brought enough grief to both the players and football officials. They have become the power brokers and the deal makers while lining their pockets in the process.
Sir Alex Ferguson, the Manchester United great coach was never a fan of player agents and has always advised young players to engage a lawyer instead. Sir Alex blamed the agents for bad deals and inflated transfer market value for players. He famously said the players are never there when it is time to negotiate.
Mulenga let rip of agents in the article that makes sad reading and squarely laid blame on them for his failure to realise his potential as a player. The 29-year-old left footer’s argument is that if he received proper guidance in his career, he would be competing with the two best talents in the world in Lionel Messi and Cristiano Ronaldo.
“Agents should stop being selfish and putting their needs before players’ needs. Agents promise a lifetime of greatness and as soon as contracts are signed, players are neglected and are left alone to deal with the money issues and problems with their clubs,” Mulenga said in the January edition of Kickoff Magazine.
“I am not out to blame anyone that managed or was around me, but I feel like people were just excited with me playing football, scoring goals and dribbling people. They forgot that there was something bigger than that. Had I gotten proper guidance I would be competing with Messi and Ronaldo. I am not bragging, but I know that God blessed me with great talent many people would die to have.”
We have already heard this story once too many times, especially among the Zambian players. Mulenga a journeyman who has played for nine clubs in South Africa since arriving in that country in 2004, including Bidvest Wits, Bloemfontein Celtic and Ajax Cape Town only now realises that it was within his grasp.
The realisation comes belatedly because the young Clifford who had the world at his feet winning the African-Young-Player- of-the-Year in 2007 has been dogged with disciplinary problems all his career.
The agents didn’t help him but the talented winger was his own enemy picking up bad habits after  bad advice from his handlers. I think a grown up Clifford would have done it differently but that’s water under the bridge.
The young cadre of Zambian football players should learn from Mulenga’s mistakes to avoid this trap.
The carcasses of our talented players who have ended up on the scrap heap along the years are numerous. The one name that comes to the top of the head is Emmanuel Zulu because he was ridiculously gifted but never realised his potential much to the disappointment of the Zambian fans who were tipping him to take over when Great Kalu leaves the stage.
Talent alone is not enough but couple it with self discipline and hard work then you are on your way to greatness. A lot of Zambian players have failed to play at the high level or stay there because of disciplinary reasons.
I will point to the talents of Collins Mbesuma who had a short stint in Europe, Rainford Kalaba who was ahead of his peers. Throw in Felix Katongo and I will dare say Perry Mutapa as those who didn’t hit the heights they were supposed to.
And while we are at it, what happened to the so called Golden Boy Colyde Luchanga? Again he is a typical example of what Clifford was talking about in the interview. The handlers were in it for money. Shipping him from Lusaka to Kitwe and back. Then Israel and back to Lusaka in one and half year and the boy has lost his sparkle.
Make sure you get sound advise but discipline and hard work is of paramount in your sports career kids.
Keep the conversation samuellukhanda@gmail.com