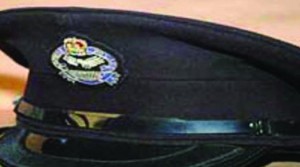 A LUSAKA man who pretended to be a white man to befriend women via his Facebook account and then blackmailed them for money using the nude pictures they had sent him, has appeared in a magistrates’ court.
Joel Sikaneta, 24, of Chowa Police Camp in Kabwe appeared for mention before Lusaka magistrate Felix Kaoma yesterday on one count of being in possession of obscene materials.
Magistrate Kaoma told Sikaneta that he would not take plea until he received consent from the Director of Public Prosecutions (DPP) to commence proceedings in the matter.
This is in a matter where Sikaneta is charged with an offence of being in possession of obscene photographs and cinematographs.
Particulars allege that the accused between January 1 and November 29 last year in Lusaka Province had in his possession obscene materials which tended to corrupt morals.
He is alleged to have swindled seven women using nine Facebook accounts opened in different names in which he pretended to be a white man.
He would then initiate an intimate relationship with the unsuspecting women after making gaining their confidence and pledging to give them US dollars and purchase cars for them.
In the process, Sikaneta would start sending them nude pictures of a white man under the pretext that they were his and entice them to also send their nude pictures to him.
He would then quickly switch to another account purporting to communicate with them, pretending to be the wife of the white man they were communicating with and she had discovered the conversation and their nude pictures on her husband’s Facebook wall.
Sikaneta would then threaten to publish the nude pictures in public if they did not comply, a situation which saw many women lose huge sums of money while the purported wife would link the victims to either her brother or spiritual father within the country to give them an account number where money would be deposited.
The matter comes up on January 19 this year for further mention, and the accused remains in remand prison.