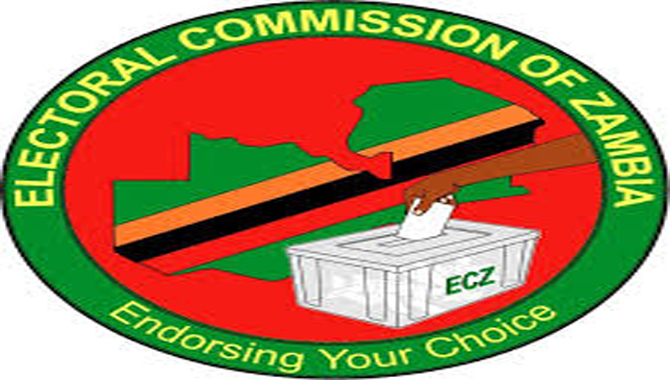 TWO candidates vying for the Chilanga seat have been disqualified by the Electoral Commission of Zambia (ECZ) while four others managed to successfully file in their nomination papers for the June 5 by-elections.
The two are National Democratic Congress (NDC)’s Webster Katongo and National Revolution Party (NRP)’s Kalula Mubanga, who were both disqualified yesterday.
The NDC suffered a setback after its candidate Webster Katongo, who was scheduled to file-in his nomination around 13:30 hours, was reported to have gone into hiding together with his supporters forcing the party to search for an alternative candidate, Edward Simfukwe.
Mr Katongo was unreachable as he was reported to have switched off his mobile phone, sending other party members into panic, and around 16:30 hours, Mr Simfukwe only managed to mobilise a few members to accompany him to file his nomination, but ECZ officials could not allow him to go ahead with filing because he was late.
The NRP candidate in the company of party leader Cosmo Mumba, was also sent away for failure to produce a National Registration Card (NRC).
The ECZ officials could not permit Dr Mubanga as he only carried a passport claiming he was coming out of the country and went straight to file-in his nomination.
Speaking to journalists, Mr Simfukwe and Dr Mubanga expressed displeasure for being disqualified and vowed to petition ECZ for their ineligibility.
Four candidates, however, namely Charmaine Musonda (UPND), Maria Langa (Patriotic Front), Pride Mazabuka (National Restoration Party) and Francis Kope of the United Prosperous and Peaceful Zambia successfully filed in their nominations at Chilanga Primary School.
Earlier, Ms Musonda flanked by party chairperson for election Garry Nkombo filed in her nomination around 11:00 hours, but some party members were heard saying UPND needed a substitute signal against their own candidate.
Ms Musonda pledged to wage a solid campaign to retain the seat that fell vacant after the High Court sentenced holder Keith Mukata of the opposition UPND to death by hanging for murder.
PF candidate, Ms Langa, accompanied by her campaign manager Jean Kapata and deputy campaign manager Japhen Mwakalombe filed in nominations and pledged to deliver tangible development to uplift the welfare of the local people.
Ms Langa said she was a better candidate as she understood the challenges affecting the people of Chilanga having been brought up in the same area.
Mr Mazabuka and Mr Kope also assured the locals that they would carry out issued-based campaigns devoid of violence but deliver development.
The ECZ had set June 5, this year as the polling day with the campaign period running from yesterday to June 4.