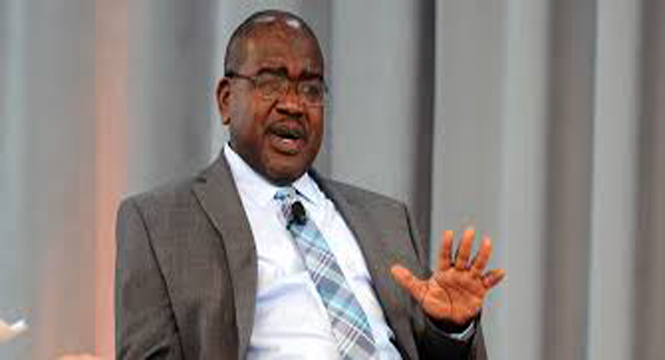 THE Government has said it will this year construct a first level hospital in Luano District and four health posts to enhance access to quality health services in Central Province.
Health Minister Chitalu Chilufya said it was the Government’s vision to have health services brought closer to people so that they do not cover long distances to access health care.
Dr Chilufya said the Government would construct the first ever first level hospital in Luano District, a symbol of its commitment to the universal health coverage agenda that of leaving no one behind.
He said the people of Luano would be part of the broader agenda to deliver health services and access health care for all that would require the construction of appropriate infrastructure.
The minister said this during the launch of the upgraded Chingombe Rural Health Center to a zonal health facility in Luano.
Dr Chilufya said as the people waited for the hospital to be constructed Chingombe rural health center had been upgraded to allow small health centers to refer patients to the facility and that the Government would dispatch manpower to run the facility as well as an ambulance to help in cases of emergencies.
“Government wants to ensure that as construction of the hospital commences people have access to quality health services, with the four health posts people, will no longer cover long distances,” Dr Chilufya said.
He said Luano had inadequate health infrastructure hampered by lack of human resource, hence the need to create a network with a zonal facility and plant health posts.
Dr Chilufya said Luano would require a fast track infrastructure expansion programme to reduce inequalities and ensure access for all becomes a reality.
He also called on civil servants that had been deployed to Luano to move to the area immediately to allow people have access to quality services or risk being replaced.
Chingombe Zonal Health facility sister-in-charge Emery Chipamba said the facility had a catchment area of over 3,200 people and had challenges with transport as it was overwhelmed with the load of people seeking medical attention.
Sister Chipamba said people in the area depended on health services from the flying doctors in the past, but with them suspending their services for the past five years Chingomb health center was the only facility available.
She thanked the Government for its support that was aimed at improving the livelihoods of the people in the area.
And Senior Chief Mboroma of the Lala speaking people of Luano district thanked President Lungu for upgrading Chingombe Rural Health Center to a Zonal Health facility.
Chief Mboroma said his subjects had challenges in accessing health services as Chingombe health facility had inadequate health staff and capacity, but with the upgrade, the people would receive the relevant health care.
He also said the First Level Hospital that would be constructed should be named after President Edgar Lungu as a way of honouring him for embarking on infrastructure development in the area.
Meanwhile, Senior Chief Chipepo of the Lenge speaking people of Kapiri Mposhi District pledged continued support to President Lungu and the Government.
Chief Chipepo commended Government for the development agenda it had embarked on that had seen massive infrastructure across the country.
The traditional leader said this when Dr Chilufya paid a courtesy call on him during the commissioning of Mpunde rural health center into a Zonal Health facility.