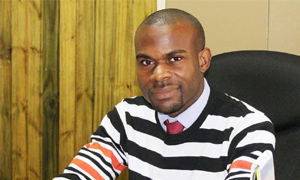 By NDINAWE SIMPELWE –
THE Football Association of Zambia (FAZ) has set January 26th next year as the kick-off date for the so-called transitional league season.
FAZ Communications Manager Desmond Katongo said that the date for the kick-off was still subject to the council’s approval at the next Annual General Meeting.
The announcement of the date for the commencement of the league comes amid concerns from top Super Division clubs on lack of information from Football House on when the new idea was to be implemented.
Katongo said league restructuring needed the council’s ratification before it could be implemented.
“Tentatively, the kick-off of the league has been set for January 26th. I know there are a lot of concerns from fans and other stakeholders on the delay to announce the dates but this is not deliberate because we had to engage our sponsors and partners,” Katongo said.
He said the association had to meet the leagues sponsors, MTN and SuperSport, before going to the public as they had to make a lot of adjustments since the season would be shorter than previous terms.
He said the AGM, usually held in March, would be brought forward so that everything could be agreed to before the kick-off.
“FAZ respects its members and the council. We needed to sit with our sponsors and partners. We could not just go public before we engaged them. We have a committee that is working on the fixtures and I can safely say that they have done 90 per cent of the work,” Katongo said.
Earlier, top Super Division clubs had demanded that the FAZ announces when the transitional 2019 league will kick-off, complaining they cannot plan properly for the new season without the information.
In separate interviews, the clubs said readying for a new campaign was more than about just getting the players physically fit, saying the more serious work involved planning around clear dates long before the first game was played.
Nkana Secretary Charles Chakatazya said the team might be ready on the playing side because the squad was already active but that did not mean that the club was administratively ready for the season upcoming season.
He said getting budget approvals to finance the campaign was often a process that needed time and it would be helpful for clubs to be armed with information about when the season was due to kick-off when they approached sponsors.
“I read in the media that we have been told to be ready any time. I think personally that is not good for football. It puts us in awkward position. We need to know how the fixtures are lined up so that we plan well and send our budget to the sponsors but as it stands, it is difficult to plan for anything,” Chakatazya said.
Chakatazya said teams playing their first games of the year away from home could find themselves without the means to fulfil the fixtures if they were without the financial means to do so.
Zanaco’s newly-appointed General Manager Marlon Kananda said getting ready for a new season involved a lot of work, including getting the players properly psyched up, a process that involved analysis of how the fixtures were lined up week after week.
“It would have been better to know the fixtures even a month in advance. It is not only about the pitch and the players. There are a lot of other things attached to the team that need to be put in place,” Kananda said.
The FAZ has delayed announcing the kick-off dates for the transitional league, only saying it would begin in January and promising to provide further details in due cours.
Buildcon Secretary Ricky Mafunda said the situation had left clubs in the awkward situation of trying to plan for the start of the new season without actual dates.
“Of course this makes the whole planning process difficult. We were hoping to know the kick-off date and how the fixtures were lined up by now. We hope the association will give us the fixtures and dates very soon,” Mamfunda said.
In line with a CAF directive, the FAZ has announced measures to realign the football calendar with the European season, employing the ‘transitional’ league running from January to May to ease into August to May schedule.
The decision has raised debate, especially as most parts of the re-aligned season would run through the long rainy season when football pitches become unplayable.
Clubs are also worried and fans might be put off going to watch games when there is a likelihood of getting soaked, hitting their gate receipts.