A-TWENTY-FOUR year-old man in Ndola has been dragged to court for allegedly forcing himself onto his biological sister.

However, the court hearing the case was told yesterday that the witnessing who reported the matter had become elusive, forcing the case to be adjourned to March 5, 2018.

The allegation was that Jack Mutale earlier this month forcefully had sexual intercourse with his 19 year-old biological sister who was menstruating. The incident happened  at their home in Lubuto township.

It is alleged that on the material day around 23: 00 Mutale returned home and asked to be served food by his younger sister and that when she fell asleep, he forced himself onto her.

Mutale went for his sister’s neck and told her that she would be killed if she reported what had happened.

The victim reported the matter to her grandmother who later reported to the police and the suspect was arrested and put in police custody.

When the matter came up for trial yesterday, public prosecutor Innocent Kamungu informed the court that  the witnesses, who included the mother and the victim, were not before court and were being elusive.

Magistrate Obester Musukwa warned the state to put its house in order and  adjourned the matter to March 5 this year. 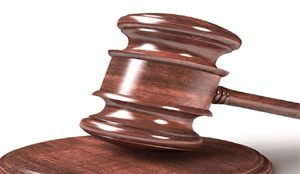