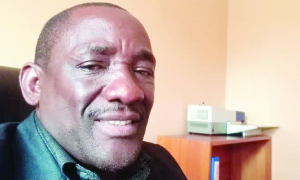 By JESSIE NGOMA-SIMENGWA –
THE changing trend in maternal ailments and maternal mortality due to non-communicable diseases (NCDs) in women of child-bearing age calls for more serious interventions.
It is a well known fact that NCDs are rapidly becoming the leading cause of morbidity and maternal mortality in developing countries, especially in Africa. It is clear that pregnancy with NCDs poses a serious health risk to mothers and their babies.
The World Health Organisation (WHO) defines maternal death or mortality as the death of a woman during child labour or within 42 days of termination of pregnancy, irrespective of the duration and site of the pregnancy.
In pregnant women, NCDs have become one of the causes of maternal mortality which poses a very serious health risk to both mother and child.
However, research shows that NCD-related deaths could be prevented by addressing the common modifiable risk factors which include tobacco use, physically inactivity, the harmful use of alcohol, and unhealthy diet among other factors.
Nowadays, 35 million people world-wide are each year affected by NCDs, with about half of them being women in their reproductive age.
Zambia, like any other country in Sub-Saharan Africa, has not been spared by changing patterns of diseases contributing to maternal deaths.
Pre-natal care is an important stage for every woman once they fall pregnant as this facilitates for a healthy birth.
This could be from any cause related to or aggravated by the pregnancy or its management, but not from accident or incidental causes.
The Zambia National Health and Strategic Plan 2017-2020 notes that the burden of NCDs in Zambia is increasing, with significant consequences on morbidity and mortality levels.
In 2016, it was estimated that NCDs caused 23 per cent of all deaths in the country, with nearly one in five people dying prematurely from these conditions
Muchinga Province medical director, Neroh Chilembo observes that challenges of maternal deaths aggravated by physiological effects of pregnancy could result in adverse out-comes for both the mother and the unborn child, at times resulting in complications which may lead to death.
“In 2018 and 2019, there was an increase in cases of hypertension and diabetes occurring in Zambia, with Muchinga Province also having a similar pattern,” Dr Chilembo said.
He said NCDs were manageable, but tended to flare out of control in pregnant women.
Dr Chilembo said with haemorrhage being the top cause of maternal mortality, the Ministry of Health in Muchinga province has intensified their efforts to reduce maternal health through health promotions so as to empower the community with the necessary information.
Some of the non-communicable diseases that may affect the growth of the pregnancy include cardiovascular diseases, Diabetes, hypertension, sickle cell anemia etc.
Pregnant women with diabetes are more at risk of experiencing still birth and pre-eclampsia, which is blood pressure during pregnancy.
It could pose risks such as decreased blood flow to the placenta, eruption, growth restriction and future cardiovascular disease in the mother.
Like other types of diabetes, gestational diabetes another risk factor, affects how cells use sugar and causes high blood sugar that could affect a woman’s pregnancy and her baby’s health.
Hypertension in pregnancy, also referred to as gestational hypertension, is a condition said to be affecting about 10 per cent of pregnant women.
If not identified, women with hypertension related to pregnancy could experience adverse events for both the woman and her baby, including increased risk of maternal stroke, lower birth weight, and increased risk of the baby.
“Proper and timely ante-natal care is very important to keep track of the health status so as to avoid complications during pregnancy,” Dr Chilembo said in an interview.
He said women were encouraged to follow health-seeking behaviours such as eating the right type of food and routine check-ups for blood pressure, diabetes and cervical cancer screening even before they conceived.
Dr Chilembo attributed the rise to maternal deaths in the province to some cultural factors that include myths about pregnancies ‘disappearing’.
He said the ministry was aware of the many challenges due to the province being vast, thus the plan to expand it with more sites and taking the services to the people’s doorsteps.
He added that screening should be a routine programme for pregnant women as that would help prevent the risks of pregnancy in women with NCDs.
“It is for this reason that we have engaged traditional leaders within the province to help us address some of the challenges of maternal health.
“We realise that health belongs to the people as beneficiaries and for the ministry to offer universal coverage, stakeholders such as traditional leaders must be brought on board,” explained Dr Chilembo.
Discussions with the traditional leaders revolved around empowering communities with information on maternal health education, which should also stop home delivery.
Women should instead seek early treatment in health centres where skilled health staff could attend to them and also sensitise them on the eight quality antenatal visits,” Dr Chilembo said.
He said basic equipment such as blood pressure measuring machines and others for haemoglobin detection, besides the procuring of drugs specific to the cases being dealt with had been addressed.
The robust programme also includes investing in human resource, which has seen midwives trained at Chilonga Mission Hospital. Those already in the system are trained in obstetric care emergency.
“We have also sent some nurses in the province to Levy Mwanawasa Hospital in Lusaka to train in cervical cancer as we are expected to commission the main hospital here in Chinsali. We are putting equipment in place and also human resource in place,” Dr Chilembo explained.
Screening for NCDs should be a routine thing as most women are unaware and are only caught up during their first trimester of pregnancy.
Additionally, lack of medical equipment in rural areas worsens maternal deaths.
Hence Prevention and promotion of NDCs should, therefore, be integrated in maternal and child health programmes.