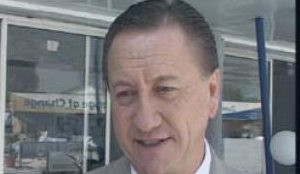 By MAIMBOLWA MULIKELELA –
SUPERIOR Milling Company has bought about 40,000 tonnes of maize from the small-scale farmers of which, 50 per cent is from the Food Reserve Agency (FRA).
Managing director Peter Cottan said during the opening of Superior Milling depot in Matero that another 20,000 tonnes of maize was bought from the mill gates and that the company was committed to supporting small-scale farmers in the country.
Mr Cottan said the company was this year expected to procure 80,000 tonnes of maize from the farmers in readiness for the installation of a brand new maize mill which was going to double the milling capacity before the end of the year.
“Our new mill will include the installation of 5,000 tonnes of bulk storage silos at our plant to secure part of our maize stocks. The total value of our new investment into the mill expansion is K12 million,” Mr Cottan said.
He added: “We at Superior Milling are leading the way in setting up our own maize buying depots around the country, starting with Mumbwa following the Ministry of Agriculture’s directive that, all millers must procure 100 per cent of their maize needs this coming marketing season to carry them through until the next harvest in 2015.”
Mr Cottan said at the Mumbwa agro centre, the company would also open a superior milling depot for the sale of mealie-meal, rice and salt.
He said the company plans to open about 10 more depots this year in order to make its products available to consumers.
Speaking at the same function, Commerce, Trade and Industry Deputy Minister Miles Sampa said the Government was committed to supporting the growth of the milling industries in Zambia.
Mr Sampa commended Superior Milling for opening a depot in Matero and for ensuring that the products were brought closer to the people of Matero.
“I would like to commend Superior Milling for being patriotic to this industry of milling. You know it is very political mealie-meal is life for Zambia but you have been there trying to make the commodity available so keep up the good work,” Mr Sampa said.