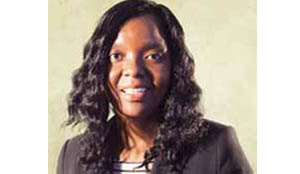 By MAIMBOLWA MULIKELELA-
LAFARGE Cement Zambia has recorded a 14-per cent rise in turnover from K992 million in 2012 to K1.132 billion in 2013.
The growth was mainly driven by high volumes, pricing actions and the sales mix. Lafarge chief financial officer Chrissie Moloseni said the company posted a strong performance during the year, which saw it registering a turnover of about K1,132 million.
Speaking during the  company’s Annual General Meeting  in Lusaka yesterday, Ms Moloseni said in the year under review the company paid corporate tax amounting to K172 million up from K141 million the previous year.
“The company’s financial position remained very strong driven by high profitability coupled with strict working capital management which resulted in strong cash flow during the year.
“The net cash generated from operating activities increased to K401 million driven by high operating income,improved working capital management and optimised capital expenditure,” Ms Moloseni said.
And Lafarge Zambia chief executive officer Emmanuel Rigaux said the domestic market for cement grew by 17 per cent in 2013, largely driven by continued increase in Government
infrastructure projects and expansion in the mining industry.
Mr Rigaux said cement demand in export increased throughout the year, particularly in the Democratic Republic of Congo (DRC)
He said the growth was supported by the production of cement which hit 1,175,000, which was nine per cent higher than 2012, making it the highest ever achieved in the history of the company.
Mr Rigaux said the company invested about K36 million in the Mapepe Aggregates Plant, the first Lafarge Aggregates plant in Zambia.
Lafarge Zambia chairperson Muna Hantuba said the company’s stock performed well throughout the year saying the closing share price was K15.75 compared to K8 at the beginning of the year.
Mr Hantuba said in the period under review, there was a market recapitalisation of K3.2 billion as at December 31 2013, the highest in the history of the company.
“Zambia and the DRC have a strong economic outlook with projected growth in the mining,agriculture,tourism and construction and social sectors that will lead to continued economic growth,” he said.