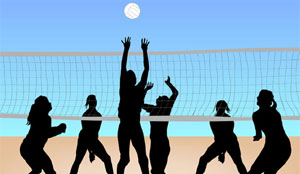 The tournament held at the National Sports Development Centre (NASDEC) in Lusaka saw City beat Nkwazi 3-1 winning the first set 29-27 before losing the second set 18-25 but recovered well to win the third and fourth sets 25-19 and 25-23.

Nkwazi players Steven Hikabongo and Mwanndu Chindima won the best server award and the best defensive award respectively while the best setter award was given to Kangwa Chileshe of Eagles.

Kamwala Magic won the women category with Nkwazi finishing second while a Southern Select side came out third.

Best serves award went to Grace Chipilo of Southern Select while Grace Daka got the Most Valuable player award. Stella Chileshe of Kamwala Magic got the best coach in the ladies event while Peter Kombanyani of City of Lusaka was the men’s best coach.