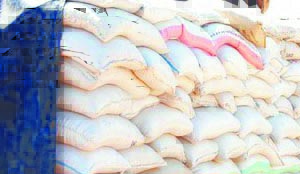 PRUDENT support for the growth of the agriculture sector is critical for increased productivity and performance of one the country’s key economic sectors.
Timely distribution of farming inputs is one factor that the farming community has in the past expressed dissatisfaction and have on several occasions appealed to Government to improve in this area.
However despite the late delivery of inputs, the country has managed to record consecutive bumper harvests with the latest, being this year’s harvest of 3.3 trillion metric tonnes of maize.
Yesterday Agriculture and Livestock Minister, Wylbur Simuusa flagged off the 2014/2015 inputs distribution exercise under the Farmer Input Support Programme (FISP) and it is significant to note that this launch has come months before farming activities commence.
In the past, delivery of inputs commenced around September and October, such a development has affected the performance of the farmers and ultimately production.
It is gratifying to note Government’s strong desire and determination to ensure all farming inputs reached the farmers on time.
The scenario is expected to change for this season as timely distribution has been a cry for the farming community for some time now and this issue has received the desired response.
Added to this FISP, has been the broadened support which has shifted from only supporting maize and rice production, to include more food and commercial crops, thereby intensifying efforts of crop diversification.
The FISP will now support sorghum and groundnut production and plans are underway to include more crops.
Additionally Government has exhibited seriousness to improving the agricultural sector and the directive to all Provincial and District Agricultural Coordinating Officers (PACOs and DACOs) and field staff countrywide, to ensure that all the camps and district agricultural committees are reconstituted and intended beneficiaries are indentified by the end of this month, is indicative of such seriousness and commitment.
Mr Simuusa directed that by end of August, latest early September, this year farmers should have their portion of inputs in readiness of planting, instead of keeping them in storage sheds to incur storage charges.
Various policy directives that will continue to benefit farmers are being implemented and during the 2014/2015 agricultural season, Government has targeted to increase support to the small-scale farmers under FISP from 900, 000 to 1 million. This is another positive score to both Government and the farming beneficiaries.
All these positive factors boil-down to the successful resuscitation of the Nitrogen Chemicals of Zambia (NCZ). The Kafue plant has already started the production of D-Compound fertiliser and has so far procured more than 10, 300 metric tonnes of the input.
This Mr Simuusa notes as a testimony of the Patriotic Front (PF) Government’s commitment to revamping and supporting the operations of NCZ, in line with the policy of job creation and self reliance, which is the premise of the ruling party’s manifesto.
Hence with these efforts, the Agriculture Minister urged management and staff at NCZ to remain serious and committed to duty, as this achievement should not be derailed at all costs, especially bearing in mind the amount of commitment and investment Government has pumped in this sector.
The financial injection at the NCZ over the years, has also seen the plant not limiting its production to fertilisers only, but has also resumed its other roles of producing explosive grade ammonium nitrate, which will feed into the country’s mining mainstream.
Government has set sights to record an increased bumper harvest in the coming season. It is targeting to record a 4 million metric tonnes harvest of maize, with the current efforts this target is highly achievable and will not only increase exports and foreign exchange earnings but also improve the country’s food security and reduce poverty levels.
The rationale of reviving NCZ is premised on the belief that Zambia can manage to grow its economy and agriculture in particular, through vital investment paths that have a direct bearing on agriculture.
The fruits of such a vision are now yielding the desired results, in the same vein positioning the country profile as the region’s bread-basket.