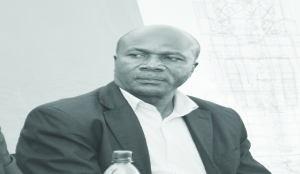 BWALYA Musonda (not real name) of Masaiti District on the Copperbelt is leading a miserable life.

Her life could be said to be that of mixed fortunes because while her brothers own pieces of land where they grow crops for sale and for family consumption, this has not been the case for her.

At 45, Ms Musonda is struggling to take care of her family following the demise of her husband some five years ago.

Life has been unbearable for her because her crop field could be repossessed by members of the broader family who believe that Ms Musonda, as a woman, is not entitled to such ‘privileges’.

There is little or no thought on how long Ms Musonda and her children have occupied that piece of land. What matters to the male (and subservient female) family members is that a woman is not supposed to own land, and that is not negotiable.

Sadly, Ms Musonda is not the only woman with such an experience in Zambia.

For a long time, there has been a whole raft of proposals to empower women economically, but land rights for this food security-conscious segment of the population are yet to be fully rolled out.

Research has shown that in most parts of the country, women have been on the periphery of land matters despite the central role they play in agriculture as small-scale farmers.

Most households in rural areas have subsisted on incomes generally generated by women through farming ventures, yet they are not allowed to own land.

In places where a woman may possess a piece of land, it is in the trust of her husband or male relatives and it is likely to be seized following the death of one’s spouse.

Senior Chief Chiwala of the Lamba-speaking people in Masaiti District desires to shift the scale so that women are empowered in a real sense.

The traditional leader recently told the Times that women should be given priority in land allocation because they are the main drivers of agriculture.

Women in his chiefdom are being encouraged to own land and they are actually given priority in land allocation.

The point of note is that Senior Chief Chiwala believes women must own land since they are practically involved in food production.

Some researchers have noted that Zambia’s national land policy recognises the need to increase women’s access to land.

However, while current laws do not discriminate against women, they still lack security of tenure to land in comparison with their male counterparts.

Some interest groups have also observed that while women produce most of Zambia’s food, they are the majority of Zambia’s poor.

However, this may change for women like Ms Musonda who stand to benefit from knowledgeable traditional leaders like Senior Chief Chiwala.

Women’s land rights in Zambia are governed by both law and custom. Although formal law, such as the Constitution and the Lands Act supports property rights and prohibits gender-based discrimination, customary rules and practices often discriminate against women when it comes to access and control over land.

Land in Zambia is generally classified as customary or State (statutory) land with State land defined as land “not situated in a customary area.”

Some 94 per cent of land in Zambia is classified as customary, and 82 per cent of farming households cultivate on customary land.

Despite this, both the Lands Act, which provides for the documentation and registration of land rights, and the Intestate Succession Act, which governs the division of an estate where the deceased did not have a will, apply only to State land, leaving most Zambians without legal protection for their land rights.

Because of the limited reach of Zambia’s formal laws, customary land is governed by traditional leaders.

Land is held by the community; individuals and families have use rights to specific plots and some areas are managed as common property.

Women usually access land through their natal family or husband. Married women are rarely given their own land by the chief, although a single woman with children sometimes may be provided with land.

The Government and non-governmental organisations are now working to strengthen women’s land rights.

The Centre on Housing Rights and Evictions (COHRE), a Geneva-based international housing rights watchdog, has in the past examined the impact of Zambia’s land reform processes on women.

The report, The Impact of National Land Policy and Land Reform on Women in Zambia, was released together with the Women’s Land Link Africa (WLLA), a joint initiative of organisations dedicated to improving women’s land and housing rights in Africa.

The findings in the report were based, among other things, on a survey of women in the districts of Lusaka and Kitwe on the Copperbelt, and Nyimba in Eastern Province.

The key finding in the report was that Zambian women’s enjoyment of land rights in both rural and urban areas was hampered by male-dominated structures and patriarchal decision-making mechanisms.

“The reality is that the current Zambian land policy, laws and administrative systems have yet to demonstrate their usefulness to the average Zambian woman,” said Esther Kodhek, COHRE’s Africa programme director.

Despite the fact that the livelihoods of most families depend on women’s cultivation of land, insecure land tenure and limited access to land continue to characterise the legal relationship between women and land in Zambia.

The lack of women’s rights to land has been perpetuated by social and traditional customs. It is usually men who are seen as the owners of the land, while women are regarded merely as users.

According to the report, Zambia’s Land Policy stipulates that a minimum of 30 per cent of available land in Zambia should be set aside for women and other disadvantaged groups.

However, there are no clear guidelines on how to allocate that 30 per cent of the land. Furthermore, the 30 per cent allocation has been criticised as not being sufficient to meet the demands for land of women and other disadvantaged groups.

In Zambia, inheritance plays a big role in land administration and the distribution of wealth.

In areas under customary tenure, a wife rarely inherits land or other property from her husband, and her rights to joint marital property are not recognised.

In most cases, the right to inherit land and other property is the prerogative of the next of kin, who is usually defined as having to be a male.

Action Aid Zambia country representative Pamela Chisanga is also on record as having said women face difficulties in accessing land because tradition only allows them to have land as appendages of their male relatives and spouses.

Ms Chisanga said at national level, statistics showed that the 30 per cent gender proportion had not been realised.

She said the deep-rooted cultural practices that impede women from owning and controlling customary land had worsened their socio-economic situation.

“This vulnerability shall continue if traditional leaders do not embrace measures which can promote and protect women’s rights to land in Zambia.

“Government equally needs to review the national gender policy and ensure that the 30 per cent threshold is upheld by agencies of the Ministry of Lands,” she said.

Senior Chief Chiwala seems to be responding to such calls and holds that offering women more land would promote food security at household level as they take a leading role in agricultural production.

There is no doubt that with such an approach, women like Ms Musonda, who have long suffered the injustice of being alienated from land matters, will now find their freedom.