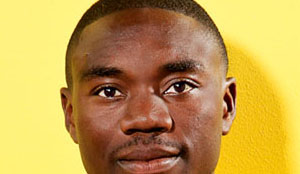 CHIPOLOPOLO striker, Emmanuel Mayuka finally got on the scoresheet for English Premiership side, Southampton on Thursday to stake his claim for a starting place in new coach Ronald Koeman’s squad.
Mayuka, a second half substitute, grabbed a goal in Southampton’s 6-0 thumping of Belgian side, Sporting Hasselt on Thursday night.
It was Southampton’s second pre-season friendly under Koeman.
When the Koeman changed the entire team at half time, Southampton were leading 2-0 and Mayuka delivered the fourth for the Saints when he scored from the penalty spot.
An ecstatic Mayuka said he was happy to have scored in Southampton’s victory over Hasselt.
The 2012 Africa Cup of Nations gold medal winner said he was working hard at the club as he strives to break into the first team when the 2014/15 English Premier League starts next month.
“We played our second pre-season friendly under new Southampton manager Ronald Koeman today(Thursday night). We won 6-0 against Belgian team Sporting Hasselt. I played the second half as the manager changed the whole team at half-time.
“I was glad to score the fourth goal from a penalty. I’m working hard every day to make it in the Premier League,” Mayuka posted on his social network facebook fanpage after the match.
The Zambian striker struggled in his first season at Southampton and was loaned to French side, FC Sochaux where he scored four goals last season.
Mayuka was recalled to the English side at the end of the last season’s campaign and upon returning to Southampton vowed to fight for his place in new coach’s squad.