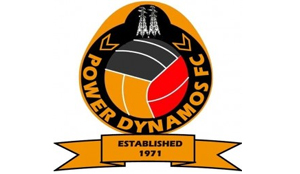 POWER Dynamos have revealed that they did not have any arrivals during the July local transfer window.

Club secretary Ricky Mamfunda said in an interview that the MTN Premier Division League third-placed Power did not secure any of their mid-season targets.

“We have only brought in one player, a goalkeeper Dominic Nzala who has graduated from Young Power Dynamos,” Mamfunda said.

“Unfortunately Blades have reported us to the FAZ Player Status Committee over the two players,” Mamfunda said.

“Blades could not release those players and cited us for player tapping saying that the time we engaged them over the players, the two players had already started training with Power Dynamos.”

Sitali has opted to join Power’s archrivals Nkana while Lungu is reportedly trying to secure a move to Israel.

An attempt to bring talented Nchanga Rangers and Zambia Under-20 midfielder Larry Bwalya also fell through.

Meanwhile, defender Nyambe Mulenga has been recalled by Zesco United just halfway through his twelve month loan stint at Power.

“There is a clause in the contract where they (Zesco) reserve the right to recall the player,” Mamfunda said.