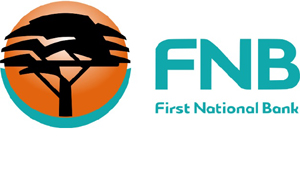 THE First National Bank(FNB),  has won an  award for  “Best ATM and Kiosk Project in Africa”, at the Asian Banker’s Middle East and Africa Country 2014 Award ceremony.
According to a statement issued in Lusaka and made available to the Times Business, FNB was the only bank in Africa to win an award in this category.
FNB won the award for its successful implementation of NCR’s innovative SelfServ 4 slim line kiosk, which was developed for installation where space is at a premium.
As a compact, indoor financial kiosk, the technology allows FNB to offer a complementary channel to tellers and ATMs, supporting convenient delivery of transactional banking services to the under banked.
Held in Dubai, the 2014 edition of the awards was attended by more than 100 senior bankers from across the Middle East and Africa.
The statement said, considered the most prestigious award of its kind, the awards recognise the best efforts by the consumer financial services industry in bringing superior technology, products and services to their customers.
“The Asian Banker Technology Implementation Awards Programme provides the undisputed benchmark of the technology implementation in an increasingly fierce marketplace.
We congratulate First National Bank and NCR Corporation, as well as its South Africa technology partner Bytes Managed Solutions, on this prestigious win.” Asian Banker Technology Implementation Awards Programme, marketing editor Foo Boon Ping said.