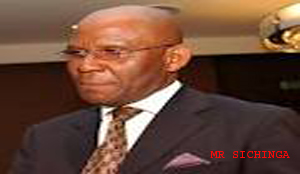 THE Competition and Consumer Protection Commission (CCPC) has handled 367 consumer cases since January 2014.
CCPC executive director, Chilufya Sampa, said the commission had successfully handled 367 consumer cases since January 2014 and was targeting 700 consumer related cases by the end of the year.
Mr Sampa said the commission also successfully investigated two cartel, 16 mergers, and nine restrictive business practices within the same period. He said CCPC operated on the 2011/ 2016 Strategic Plan whose focus was competition law compliance, consumer protection law compliance, visibility of CCPC and agency effectiveness.
Commerce, Trade and Industry Minister Robert Sichinga, commended the commission for its efficiency, adding that  efficiency was cardinal in service delivery. Mr Sichinga said service institutions needed to up their game and ensure that they set targets which would serve as benchmarks in their quest to serve the public.
He added that strategic planning was key in achieving efficiency in an organisation’s overall performance.
Board chairperson, Kelvin Bwalya, said the commission was conducting a survey aimed at understanding the cost of living and that of doing business not only in Zambia but the region as a whole.
He said the commission conducted the survey in Johannesburg in South Africa, Luanda in Angola, Kinshasa in Democratic Republic of Congo (DRC), Dar-es-Salaam in Tanzania and Lilongwe in Malawi. Other cities include Windhoek in Namibia, Gaborone in Botswana and Harare in Zimbabwe.
Mr Bwalya said this when Mr Sichinga, visited the CCPC offices in Lusaka on Wednesday.