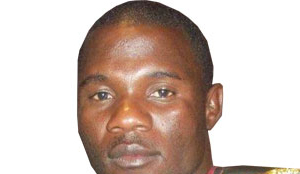 WORLD Boxing Council (WBC) welterweight international champion Charles Manyuchi will defend his belt against Columbian Devis Casseres on November 22 at the Government Complex in Lusaka.
Manyuchi’s fight against Casseres, who has won 17 and lost four fights, will be an undercard to the Catherine Phiri for will fight South Korea Hee-Jung Yuh for the WBC bantamweight championship.
Oriental Quarries Boxing Promotions (OQBP) manager Christopher Malunga said Manyuchi, who is in home country Zimbabwe, was expected back in Zambia next week to start his preparations.
Malunga expressed confidence that Manyuchi will beat his opponent and retain his belt ahead of the bout that has seen the stable raise K405, 000 from the budgeted K673, 730 to stage the two defence title fights.
He called on the corporate world to come on board and help stage the fights and was confident that his stable will successfully hold the boxing fights.
Malunga assured fans that Catherine and Manyuchi were in good shape to defend their titles and should expect good fights.