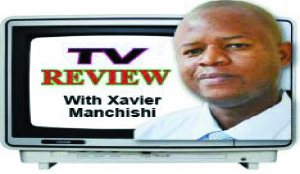 OUR beloved television stations can do well to start monitoring international news as keenly as they cover local happenings.

I have observed often times that stories that go viral on the international scene get completely no mention on our screens; one of such event is seven-time Formula One champion Michael Schumacher’s injury suffered in a skiing accident in France.

The international newswire has been running updates on the recovery process of Schumacher and yet our television stations make no mention of the story.

Could it be that our television stations are not interested in foreign news?

I also suspect that whenever the television stations stream some coverage from Aljazeera earlier in the day, they feel it is not necessary to run some foreign news items on the main news.

There are actually lots of international stories that can be localised to appeal to local television audiences like the renewed fighting in the Democratic Republic of Congo or the disquiet in Mozambique which potentially can increase refugee numbers in Zambia.

While local stations want to exclusively use local content, I feel they have not abundantly covered enough especially ZNBC who since bringing on ZANIS News have the capacity to bring out stories from the remotest corners of Zambia.

And what we get on local stations like Muvi TV news is the community news which sometimes is in a hurry to apportion blame on authorities when residents have neglected their role in developing an area.

I saw a clip on Muvi Tv where Garden Township residents were crying for a police post in the area in order to curb the increasing cases of crime, but then when I look back, I noticed it was the same residents who set a police post ablaze after a suspect died in a police cell.

Without insinuating that Garden residents should be punished for burning their only police post, it would be interesting for the reporter on sight to ask the residents why today they want to cry victim to a situation they created themselves.

Sometimes you are left wondering how residents want to blame the local authority for blocked drainage systems in most urban residential areas when they are the ones that throw litter in the drainage furrows with non-biodegradable plastics that block the drainage.

As it is, most of these people in densely populated residential areas are architects of their own downfall and so when journalists air their cry for the Zambia Police to erect a new police post or local authority clearing the drainage, it would be important to ask them what their role is.

Muvi TV also have spread their wings of coverage widely and with the introduction of six new channels we can only look forward to what change will be in their content to see if it is worth the trouble of buying the new decoder and twisting the dish.

The versatile actor played Uncle Phil to Will Smith’s Philly newcomer in the beloved show from 1990 to 1996 and worked on a number of TV and film projects up until he fell ill.

Avery, who also suffered from diabetes, had recently undergone surgery for an undisclosed illness and took a turn for the worse late on Tuesday.

They added that his wife of 15 years, Barbara, had briefly left his bedside to get food when he passed away.

His mother Florence Avery told the New York Daily News ‘It breaks my heart. My child was a great person who helped anyone he could. He was really just a nice person whose great passion in life was reading.’

Alfonso Ribeiro, who played Avery’s on-screen son Carlton on the show, tweeted: ‘I’m deeply saddened to say that James Avery has passed away.

He was a second father to me. I will miss him greatly.’

Jada Pinkett Smith, wife of the show’s leading man Will, wrote on Facebook: “Happy New Year everyone! I was hoping to start the New Year differently but we have lost yet another friend. James Avery who we all lovingly know as Uncle Phil from The Fresh Prince has passed.

‘Our condolences to aunt Florence (his mother), Miss Barbara (his wife) and all those who loved him. Rest in peace James,” She said.

On a sporting note, the local television channels are justified for being quite during the off season break of most disciplines save for the boardroom activities notably the Sports Council of Zambia (SCZ) crack of a whip on erring member associations.

While it is difficult to tell the bottom of the problem between SCZ and the Zambia Volleyball Association (ZAVA) from a distance, it appears the difference is just a storm in a tea cup which should be sorted on the terms of a parent and a child because that is exactly the relationship between the two bodies.

The Sports Council is the supreme body created by an Act of Parliament to superintend all sports activities in the country and all members associations should treat them as such.

Zambia defender Stopilla Sunzu’s interview on his joining of French Ligue One side Sochaux brought out the real persona of the defence kingpin because it was done in his preferred language in ciBemba.

Whether Chiko Mukoka deliberately chose to interview Sunzu in ciBemba is another topic of discussion for another day but suffice to say most times these footballers have been pushed against the wall by being asked to speak English.

It should be understood that these comrades may be talented on the field of play but they may not at the same time be linguists.

Juventus midfielder Carlos Tevez was scoring goals in the English Premier League like they were going out of fashion but he could not mutter a single word in English.