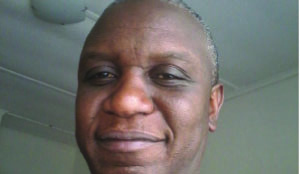 By MOSES CHIMFWEMBE –
FORMER Zambia Rugby Union (ZRU) vice president Owen Mhango has advised the union’s interim executive committee to concentrate on reorganising the sport in the country.
On Saturday, the ZRU council meeting ushered into office John Chibuye as interim president for a period of 90 days following the resignation of Martin Musunka, who quit on grounds that he could not run a fragmented union.
Mhango, who quit the Musunka led ZRU last month, welcomed the interim committee that comprises general secretary Francis Chitambo, treasurer Kabwe Kampamba and two co-opted members Phasion Chiwara and Lupupa Malama, but cautioned them against engaging in mere rhetoric.
He said the standard of rugby in the country had dwindled and that there was need to save the sport.
Mhango quit along with committee members Moono Muleya and Sam Simwanda.
Meanwhile, Mhango said he would partner with the current executive in facilitating for the players’ attachment to the elite leagues in England and South Africa.
He said the move was aimed at exposing Zambian players to international and competitive standards.
“Zambian players have the potential to compete at a high level and for that reason I will still play a part in ensuring that Zambian players are exposed internationally by attaching some of them to the elite league,” he said.
Mhango said he has been in contact with his colleagues in South Africa and England so that the exchange programme can start next year.