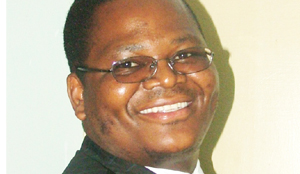 By GRACE CHAILE –
THE Sports Council of Zambia (SCZ) has declared that it does not recognise the Zambia Rugby Union (ZRU) interim committee headed by former Chibuluma chairperson, John Chibuye.
ZRU has been hit by a leadership crisis following the resignations of president, Martin Musunka, vice-president, Owen Mhango and committee members, Moono Muleya and Sam Simwanda.
Following the resignations, the ZRU council decided to put Chibuye in charge of the national rugby body in an interim capacity.
But SCZ chairperson, Mwamba Kalenga said the national sports governing body does not recognise Chibuye’s interim team.
Speaking in an interview in Lusaka yesterday, Kalenga said ZRU’s elected committee had not officially communicated to SCZ and therefore the interim committee had no blessings from the sports authority.
Kalenga said SCZ could not depend on mere verbal communication from the executive over the changes in leadership and thereby making it difficult to help solve the problem.
“The elected committee has not officially communicated to us and we therefore don’t recognise the interim committee. Sports Council is the custodian of the constitution and associations have to come forth if there are problems or changes.
“All the leaders should come forth for a meeting so we know what really happened. I don’t want a situation where the other committee is left in liabilities and hence the need for official communication,” he said.
Kalenga has instead tasked SCZ acting general secretary, Innocent Chalabesa to organise a meeting next Tuesday with ZRU so that the issue can be resolved.
He said the sports mother body wanted to know the reasons behind the resignations and then decide on the next step.
Last month, Mhango and Muleya quit their positions in ZRU less than a year into their second term in office.
Mhango said he resigned on principle after seeing that several matters were not being implemented including the failure by ZRU to stage the annual flagship, Castle Sevens International over three years.
Muleya said her decision to jump ship was because of school and family commitments while Simwanza claimed personal reasons were behind his resignation.
Earlier this month, Musunka also threw in the towel, saying he could not continue running a fragmented organisation.