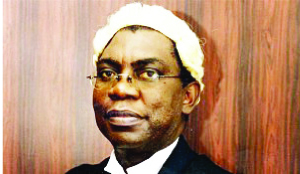 FORMER Zambia Air Force (ZAF) commander Andrew Sakala yesterday told the Lusaka magistrate’s court that he distributed the K500,000 that he is alleged to have stolen to various people, including his informers on the state of the nation prior and during the 2011 general elections.

This is in a matter in which Sakala, 60, is jointly charged with former Zambia National Service (ZNS) commandant Anthony Yeta, also 60, and former Zambia Army commander Wisdom Lopa, 59, for corruption involving K1.5 million meant for security wings’ operations during the 2011 elections.
Sakala, who insisted during cross-examinations by Yeta’s and Lopa’s lawyers that he gave the other two accused K500,000 each, said he gave out the K500, 000 allocated to him to about 120 people because they played different roles pertaining to the elections.
Sakala, who was subjected to a tight cross-examination by one of Yeta’s defence lawyers Sakwiba Sikota, said there was no standard of amounts given to the people but that people were given money depending on the nature of work they had done.

He said he received information about the activities of the Patriotic Front (PF) and MMD from across the country from his informers.

He said part of the information received was that people were planning to pick arms
if the MMD won the polls.

Sakala said he could not remember the amount of money the informers received because such information was left on his computer at ZAF headquarters after he was relieved of his duties by the PF Government.

Sakala, who only named two of the informers as a Mr Hamaundu of Bauleni and Ananiah Shlazo of Makeni, who he said was a ZAF supplier and ‘somehow’ an informer, however, told the court that he had no trail of documentation to show that he gave the money to Yeta and Lopa.

He said he could equally not produce documentation relating to the money he gave to the 120 people although some signed for it.

Mr Sikota, in his attempt to inform the court that his client, Yeta did not receive the K500, 000 as claimed by Sakala, reminded the former ZAF head about how he was summoned by the Government Joint Investigations Team for having bought two houses in Chilenje South and Kuomboka townships for one Sandra Mukoma.

He also reminded Sakala about his summoning in relation to motor vehicles he owned, but his defence lawyer Nganga Yalenga raised an objection.

When the court asked the relevance of linking Sakala’s property to the case, another lawyer Mutakela  Lisimba said the move was to endeavour to show that Sakala could have used the money to purchase the property.