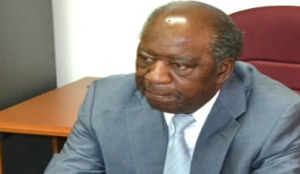 FINANCE Minister Alexander Chikwanda has urged Patriotic Front (PF) members to unite and avoid factions that may break the party.

Mr Chikwanda warned that the ruling party risked being divided if it was not united as a family.

He said continued disagreements would in the long run weaken the party, and urged the members to work closely as a family to strengthen it.

Mr Chikwanda was speaking in Kawambwa on Tuesday when he launched the new Zambia Forest and Forestry Industries Corporation (ZAFFICO) exotic timber plantation.

He appealed to all PF members to always work together and lead by example.

Mr Chikwanda also advised people not to listen to some politicians bent on bringing confusion in the ruling party.

“I am appealing to all members to lead by example in order to strengthen the party. If you plant hatred, you shall harvest hatred. There must be respect, affection and love at all levels,” he said.

He said disagreements among members should not be condoned and urged those aspiring for top party positions to aspire for vacant slots and not those held by others.

“I am advising party cadres who want positions in the party not to aspire for those already held by others but wait for their time to be elected. If you want to be elected, show your potential,” he said.

He was also happy that the Government was offering support to companies such as ZAFFICO which were creating employment for the local people.

The launch of the plantation was attended by Chief Munkanta as well as representatives of Mwata Kazembe of the Lunda-speaking people.