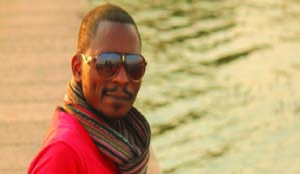 The mention of MP may seem to only mean Member of Parliament, but it is not always the case.

There is a gospel artiste in Ndola going by the name MP and has just dropped his second album.

The towering gospel artiste, Paul Tembo beams with delight as he talks about the project.

The growth of gospel music is an everyday phenomenon, which is why everyday an album is released on the market. MP has great expectations for the future.

After dropping his second album Kalubula, the Ndola artiste is looking forward for great prospects.

With his new project, MP is pretty confident of a promising future and soon there would be a gathering of champions, which would bring together gospel artiste in Ndola for a common goal on common ground.

“We are going to come together and see how best we can support each other as artistes. If we have to make it in this industry, we have to work together and not in isolation,” he said.

Being one of the organisers, MP believes now is the time for gospel artistes to join hands and work together as one.

“We can no longer work in isolation. We need each other because no human is an island,” said the artiste, who has a 11-member band that supports social justice causes.

As for his 10-track album, it was produced at Ndola’s X Bluster Studios in Itawa area.

The album is available in all leading outlets.

Much of the proceeds from albums would go towards supporting 15 orphans he has been sponsoring for school.