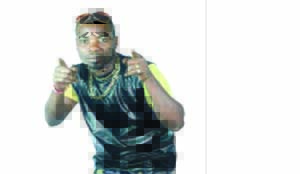 AFTER a strong-willed desire by Choma residents to catch a glimpse of the live performance of Wesley Chibambo alias Dandy Crazy on Friday, the artiste, however, cancelled his show.
The singer unpredictably cancelled his Choma concert and never showed up after hearing that some people were planning to beat him up on stage while performing.
This follows his recent Facebook posting where he is believed to have used words that were not received well by some members of the public. A move which also generated criticism, particularly from people of Southern Province.
A check at Chobro Masaka around 22:30 hours where Dandy was scheduled to perform his music show, found some disappointed fans wondering the whereabouts of the musician.
The fans, from all walks of life came from various townships and later got hold of the message that Dandy had cancelled his music show much to their displeasure.
According to sources at Chobro Masaka, police were also on alert about some local people who had planned to beat Dandy.
But in a telephone interview, Dandy dismissed online reports of having posted offensive remarks on his Facebook page against the Tonga people.
Dandy, however, admitted having exchanged words with an alleged Tonga person identified as Man Munde who posted derogatory comments on his Facebook page.
“I quarrelled with somebody with a Facebook name Man Munde who posted on my page
“He even insulted me and I also responded to him, not to the Tonga people.
Dandy stated that he decided to cancel the show after being threatened that some local people would attack him once he came to Choma
He said he had respect for his fans including those from Southern Province and could not disrespect anybody regardless of their ethic groupings.