By MOSES  CHIMFWEMBE –
FORMER Kabwe Warriors chairperson Andrew Kamanga says Zambians should brace themselves for more disappointing results because the country has not invested in youth football. 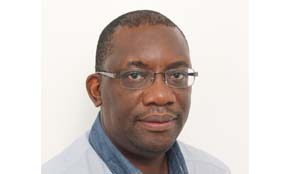 Kamanga said in an interview that there is need to invest in youth football if Zambia is to abate the ongoing poor performance by the various national teams at international tournaments.
On Sunday, the under-23 men’s team wrapped up Zambia’s disappointing campaigns in continental competitions after suffering a home 2-1 defeat to Nigeria to miss out on the 2015 All Africa Games (AAG) billed for Congo Brazzaville in September.
The defeat came two days after the senior women national team suffered the same fate after losing 5-4 on aggregate at the hands of Tanzania.
But Kamanga said yesterday that football in Zambia will only improve if attention is paid to the lower ranks that include academies.
“We have to brace ourselves for more disappointing results because the challenge we are having is the lack of investment in youth football. Football is better managed at a lower level but there is no link between the academies and the national level,” Kamanga said.
Kamanga also said there was need to allow junior players to flourish at their various age group teams unlike the scenario where youngsters are being rushed to play for senior teams.
He said the success of 2012 that saw Zambia win the Africa Cup of Nations (AFCON) trophy, was a result of an organised youth football system that was started 10 years before.
Kamanga, who agreed with Football Association of Zambia (FAZ) president Kalusha Bwalya’s statement that poor results are due to lack of efficient strikers, insisted that Zambia can only be a formidable force in football again if more attention is paid to youth football.
“The only way we can produce good quality strikers is by nurturing the players at a tender age but right now, there is no proper management of players’ growth in their respective age group.
We have some players featuring in the under-17, 20, 23 and senior teams, I think there is need to allow players to develop fully before they can graduate to the senior ranks,” he said.