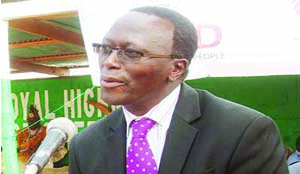 Eastern Province Permanent Secretary Chanda Kasolo disclosed during the Provincial Epidemics Preparedness Prevention Control and Management meeting in Chipata yesterday that the outbreak of the suspected plague had so far affected 13 people from Kavyeni Village.
Mr Kasolo said in a speech read on his behalf by assistant secretary Beenzu Chikuba that health workers from Nyimba District health office and some from the provincial health office had already been dispatched to address the situation.
Blood samples have also been collected from patients and sent to Lusaka awaiting confirmation of the disease.
The Ministry of Health through the provincial medical officer would keep the people updated on the matter.
Mr Kasolo has also said the province as of March 31, had recorded a total of 221 cases of dog bites which resulted in one death from rabies.
The Permanent Secretary said there were threats from diarrhoeal diseases in the province in which 2,195 suspected dysentery cases were reported by the health facilities with three confirmed cases in Katete and Chipata.
He advised people to be alert about the cholera and typhoid which has broken out in Mchinji and Kasungu areas in Malawi, which borders Chipata.
“Let me take this opportunity to inform you that there is an outbreak of cholera in our neighbouring countries of Mozambique and Malawi. Malawi has also been hit by an outbreak of typhoid in Mchinji and Kasungu areas and these areas are very near to Chipata District,” he said.