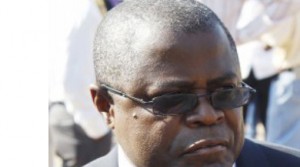 By KENNEDY MUPESENI –
ZAMBIA has sent a letter of intent to Saudi Arabia on the possibility of a Government-to- Government oil procurement deal.
Mines, Energy and Water Development Minister Christopher Yaluma said after experts who were sent  to Saudi Arabia returned the Government sent a letter of intent to the government of that country.
“A letter of intent has been sent to Saudi Arabia to express our intention to procure oil from that country on a Government-to-Government deal,” Mr Yaluma said.
He said after the procurement document on  the deal was received, the Ministry of Finance in collaboration with his ministry would further scrutinise the offer.
“We will look at the contents in the draft contract to see if it will meet our expectations regarding prices and what they will offer,” Mr Yaluma.
Stakeholders have been blaming the high prices of fuel in the country on middle people in the procuring chain.
He said the Government would continue exploring means proving to be cost-effective in the procurement of oil to make fuel pump prices affordable in the country.
On proposed oil procurement from Angola, Mr Yaluma said currently the Lobito refinery in that country was not yet completed to start purchasing the commodity from that country.
“With regard to oil procurement from Angola, Government is still considering that option but most likely is to start procuring  finished petroleum products from that country which will depend on the operationalisation of Lobito Oil Refinery because as at now, it is yet to be operational,” he said.
Mr Yaluma said starting oil pipeline construction from Angola would be costly, especially that the ministry had engaged companies in oil exploration which he said would be a waste of resources if they struck oil.