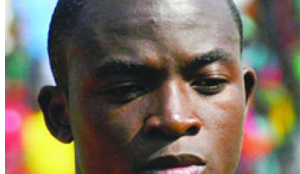 ISRAEL-based defender, Emmanuel Mbola and striker Ronald ‘Sate Sate’ Kampamba from Egypt will miss the Zambia Under-23 soccer squad’s CAF 2015 Africa Championship qualifier against Botswana in Lobatse next weekend.
Coach Fighton Simukonda had summoned the duo for the forthcoming Senegal CAF Under-23 Championship qualifiers but Israeli side,  Hapoel Ra’anana and Wadi Degla of Egypt, respectively refused to release the duo because the match is not on a FIFA date.
Simukonda said he was saddened, especially with the absence of Kampamba whom he claimed his non-availability would disturb the game plan.
He said the technical team’s plans would be affected as Kampamba was in game plan for Botswana.
“The absence of Kampamba will affect the game plan because we wanted him to be part of the team just like we played Nigeria but the good thing is that we have other players in the team and they have to prove themselves,” Simukonda said.
Simukonda has since picked his final squad of 18 players consisting only home-grown talent for the match.
Power Dynamos midfielder Kelvin Mubanga is a last minute inclusion in the team.
The team which is tentatively set to leave for Botswana by Wednesday next week has:
Goalkeepers – Toaster Nsabata and Kenny Mumba with defenders being Benedict Chepeshi, Boyd Mkandawire, Kapota Kayawe, Benson Sakala, Alex Mwamba.
Jack Chirwa, Shadreck Malambo, Mubanga, Lubambo Musonda, Lameck Silwamba and Aubrey Chamulwanda constitute the midfield while the frontline has Moses Phiri, Patson Daka, Patrick Ngoma, Friday Samu and Solomon Sakala.