By MAFO CHAMWAZA –
IN Zambia just like in many parts of the world, people enjoy watching films with captivating, dramatic flair and this is even more so when it is a local production.
Many wonder what sort of work and effort, goes in the process of the creation of such entertaining, eye-catching and addictive movies.
Local content  on television has managed to lure mass audiences when it comes to the production and airing of indigenous  films. 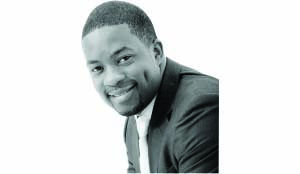 Kangwa Chileshe locally known as Jason in the then Kabanana soap is one such personality who has managed to raise the bar as a successful actor in Zambia.
He is a youthful actor who needs no introduction as far as acting is concerned in the local film industry.
The soap proved to gather quite an audience among television viewers where  then 19-year-old Kangwa’s acting career started.
“Some of the fondest moments obviously, are the first time I went on TV during Kabanana, ”says Kangwa.
Born on July 29, 1978 in Lusaka to Alfred Mwila and Lillian Mumbi, Kangwa  who is the third born in the family of six  married  Namasiku Mulumbi in 2003 and they have five children. He lost his parents in his late teens and proudly states that he is a success of his own making.
“I draw my faith from God, because when I was 19, I came to know the Lord and realised that I can achieve all this because I believe in Him and the Bible teachings” he says .
Kangwa began his primary education, at South-end Primary School before proceeding to do his junior secondary school at Kabulonga Boys in Lusaka.
He completed high school at Leopards Hill School before going to pursue Computer Science at Zambia Institute of Management (ZAMIN), further studying  A Levels at Evelyn Hone College before obtaining a Degree in Theology at Christ For the Nations Institute Dallas,Texas USA.
The aspiration to become a pastors started when he was five years old while the passion for preaching began when he was only 19 years.
“I felt in love with acting and music when I was five years old and since through my teen years I used to do variety shows, singing and rapping.” he recounts.
Before he knew it, Kangwa was acting in 2000 in the Kabanana soap. What some people did not know is that he had become a pastor before he auditioned for Kabanana.
“It was exciting and breaking  with tradition because in the Pentecostal church they  have a problem with someone like me who is high up in the hierarchy to be an actor. Kangwa has established over
six churches in Zambia and has grown in both the duty of  being a pastor and in his passion for acting.
Due to his dual career of  preaching and acting , he has received harsh criticisms from a cross section of society who describe him as being very controversial.
“I have not come into the limelight thinking everybody likes me and you cannot last in the industry if you don’t take criticism,” Kangwa says. Upon his return from his visit to America, Kangwa landed himself a role in a soap called Love Games where he played a scandalous role of a character named Julius, a man who was dating a married woman.
Kangwa who is the executive manager of Afrowood and owns both Zambezi media and Star Search Agency says there was need for collaboration  in the country among those involved in the film industry for it to reach international levels.
He would  also like to see collaborations between different companies and people with different skills, adding that he has launched a new and upcomingTV production titled Jason’s Hill which is associated with the famous Jason name from Kabanana soap.
Jason’s Hill targets young people who would relate more to the virtues of the upcoming television program as it evolves around the Zambian entertainment industry, music, dance, culture and fashion.
In five years time Kangwa sees himself being part of the film industry revolution in the country taking film and Television to higher levels.