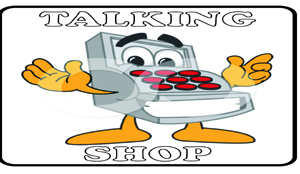 TALKING Shop has observed that some small retail outlets in Ndola are in the habit of buying goods on promotion in large quantities from chain stores for resale.
When the well-meaning chain stores announce any promotions, the first customers to rush for the products would be retailers from local markets who get the products for onward resale.
The traders are selling the acquired goods at exorbitant prices at the expense of the intended consumers who are now calling for the limiting of the quantities of the products on promotion per buyer to cater for more.
*****
AGAINST the growing trend of increasing the prices of commodities because of the poor performance of the Kwacha, some chain stores and shops have reduced the prices of clothes and shoes that have over-stayed or are out of season. Bata Shoe Company should, particularly, be commended for the massive reductions on display currently of up to about 50 per cent.
The discounts are going a long way in assisting customers to save some money.
*****
THERE are rising suspicions that some bureaux de change, especially in Lusaka, are hoarding the United States dollar for speculative purposes.
Some customers that have gone round wanting to buy the dollar have complained that the bureau owners are claiming that that the hard currency is out of stock.
It is, equally, disappointing for some bureaux to refuse to buy some other currencies like the Pula saying they have bought enough.