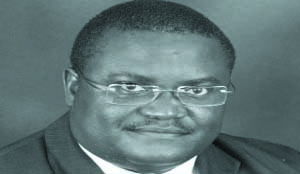 Meanwhile, Simataa Simataa has expressed sadness with the Sports Council of Zambia (SCZ) verdict saying it is misleading because the item on the ‘reconvened’ AGM, restructuring of the league, was defeated.
Pule said the AGM was closed with the motion on restructuring the Division One leagues from the Northern Province Amateur Football Association (NOPAFA) defeated by a majority vote of 157 to 85.
He said in an interview yesterday that it was his counter-proposal on the need to handle the restructuring well that took the matter to a vote and was now being used erroneously.
Pule said the outcome of his counter-proposal was being used to champion an agenda that was defeated and that the meeting closed without an adjournment and a vote of thanks given by Blackwell Siwale.
NOPAFA had proposed that Northern and Luapula Provinces should each have a slot in Division-One League instead of the two Provinces having a play-off for one slot.
But as the matter was being discussed, Pule moved a counter proposal that the matter should not be rushed but be considered at length so that all interested parties debate it thoroughly.
“I moved the motion that the proposal made by NOPAFA should not be adopted there and then, but instead, a committee comprising the league organising committee and the affected provinces be constituted to look at the issue in depth.
“I further proposed that once the committee has finalised its work, the draft proposal should be discussed at an extra-ordinary general meeting or special meeting, not at the same Annual General Meeting,” Pule said.
Pule said he had presented his arguments to the FAZ general secretary George Kasengele.
He said that after the debate, the FAZ general assembly then resolved to vote on whether the proposal by NOPAFA be adopted there and then or it be referred to the committee for further consideration by the Local Organising Committee and the affected regions.
“But the committee that went round did not encompass representatives from the affected regions who had vested interest in the matter, when that was what was proposed,” Pule said.
Pule said the only mention of another meeting in September was that there would be an extra-ordinary meeting which was to be called at the behest of FIFA as the world governing body had made certain propositions to FAZ.
He said that tomorrow’s meeting has to be changed into an Emergency Council Meeting to merely panel beat the proposal from the committee whilst the adoption has to be done at the AGM next year.
Pule said that it would be interesting to see how the FAZ secretariat cast the minutes over this matter to provide a better understanding and that the proposed structure had not been sent to the members to have a clear insight.
Speaking in a separate interview, Simataa said the SCZ recommendation to FAZ is to discuss matters that were not concluded, will leave the AGM without any agenda.
“The SCZ ruling is saddening because they claim that the reconvened AGM can continue when the agenda item was defeated in last AGM. In fact, it is misleading because the recommendation to only continue with matters from previous AGM will mean no agenda for the reconvened meeting.
Secondly, a new notice on AGM has not been circulated in accordance with the constitution,” Simataa said.
He said he had the right to appeal to the Sports Minister and he will not be denied his right.