The reign of Agudu and the Afro Mods
Published On January 31, 2014 » 4515 Views» By Hildah Lumba » Entertainment, Music
0 stars
Register to vote! 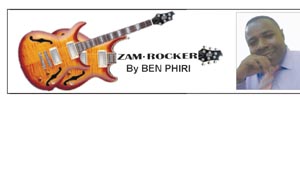 To many of his fans, Agudu Chimenya was a hero and down to earth musician who made the Afro Mods what they came to be.

Agudu’s mix with the Afro Mods, made quite an impact on the Zambian music arena especially when they released a hit song, Iwe Na Ine, which became a household name.

Although Agudu was close to the band, the Afro Mods were just another entity but blended well with the veteran musician.

Chimenya’s music career became consolidated when he teamed up with the Afro Mods in 1973.

However, his career spans many years from the days he was in Wankie (Hwange) in Southern Rhodesia, now Zimbabwe.

“I started music in Wankie in 1951 when I was in Standard One. You know I can sing Saba Saba, Kwela, Jazz, you name it,” Chimenya bragged.

Agudu later worked in the coal mine as a clerk while playing music in the bustling town of Wankie.

Apart from rock and roll music which was the in-thing then, Chimenya also loves Kalindula because, according to him, it is truly Zambian and cuts across a large section of society.

Born Goodwin Wilson Chimenya in Mfuwe, Eastern Zambia, the 74-year-old musician was brought up in the former Southern Rhodesia where he initially started his education.

The gifted artiste has not lost grip on music and continues to compose while farming in Mfuwe, where he now lives.

Agudu has his own views on the current Zambian music by the young generation and says:

“I believe in live music and not this computer music. Here in the bush (Mfuwe) where I am a farmer, I have continued to compose songs that I intend to release with a live band and I am now looking for sponsors.”

But when pressed further on when this will be, considering the lack of suitable live musicians in Zambia, Chimenya quipped;

“I can release any time once I find sponsors. But the problem is that, there are no live bands here in Mfuwe to back me, as I have said, I believe in live music”.

While working as a civil servant in Chingola after returning from Wankie in 1960, he formed the Dynamite Mixies whose fame filled the Copperbelt mining towns, mainly dominated by the white community.

“There was no dance music then and our main platform was Welfare Halls and we toured all over the Copperbelt. Only a few Congolese musicians came once in a while,” Chimenya explained.

When Television services came on the Copperbelt in 1965, the Dynamite Mixies were auditioned and picked to appear on Time for Music programme every Wednesday alternating with another explosive Kitwe based band, Rokana Melodies. 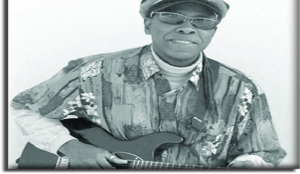 In the same year when the Beatle mania swept in, the band transformed into a powerful rock outfit changing its name to The Tones and became a resident band of Nchanga Hotel.

“We were probably the first group to play at the hotel through into the New Year, 1964 to 1965,” Chimenya said.

The band had Chimenya and Adriano Ngwira on vocals, Peter Mayaya on bass, Newton Lungu (rhythm), Jim Chisha (drums) while the lead guitar was marshaled by one of Zambia’s best lead guitarists, only remembered as Kayula.

That year, Agudu then working in the Judiciary, was transferred to Kitwe but the band was kept intact by his close friend, Ngwira who also worked as a male nurse at Nchanga South Hospital.

It was at this point that young musicians such as Keith Mlevhu and Teddy Kluzwa (Dr Footswitch) started hanging around the band and eventually took chances during breaks.

Mlevhu later took over the lead guitar with Dr Footswitch on vocals and changed the name of the band to Rave Five.

But Chimenya soldiered on and performed on part time with Los Comorados then a resident band at Astra Bar, which was adjacent to the now demolished Astra Cinema hall in Kitwe.

He later moved to Lusaka on transfer and this is where he mingled with a new breed of musicians culminating in the formation of the SYLS (So You Love Sounds) in 1966.

Other members were Edward Chanda (bass), Allan Nangwale (rhythm) and Sylvester Banda on drums, while Chimenya was on lead vocals.

But the band broke up a year later and Chimenya discovered the Afro Mods whose taste of music suited his and became his main backer.

“That was in 1973 when we broke up as SYLS and I teamed up with the Afro Mods who started backing me on many of my songs,” he said.

Between 1975 and 1977, Agudu and the Afro Mods entered DB studios in Lusaka to put together some singles which includes Iwe Na Ine, Catapult, Kambwili Kangu,Tango, Desire and Iam Celebrating.

Afro Mods had band leader Levy Lumbwe popularly known as “Mr Big Stuff’” because of his huge body stature on lead guitar, while on bass was Jack Muchaila who is the only surviving member of the original band and Cairo Likubo founder of the Lusaka Beatles, now based in Livingstone was on rhythm.

A number of musicians backed him during recording such as Francis Maloba who sung Mukazi Ni Wanga (Shamwali) who was on bongos as well as, female artistes who included one of Cephas Maseko’s sisters.

Agudu was founder member and first chairperson of the Zambia Union of Musicians and staged the first music award under the National Music Industry Committee (NMIC) where former director of cultural services Stephen Chifunyise also served.

But in the late 1980s, Agudu split with the Afro Mods shortly after retiring from the civil service at Cabinet Office, where he was senior manpower development training officer and that is how he ended up in Mfuwe where he is deeply involved in farming.

Of the local musicians that he thinks made an impact, Agudu said: “Oh! just a few, like the late Charles Muyamwa, for example, he was good and we gave each other a lot of respect. Others are Cephas Maseko, Dorothy Masuka, Tony Maonde, a former key member of the Rokana Melodies and Champion Banda who played in the Big Gold Six Band.

“And of course, there were young and promising musicians like Rikki Illilonga and Keith Mlevhu who put in a lot of effort to develop Zambian music.

For Agudu, the desire to revive live music is still burning in him and wants the industry to come alive again.