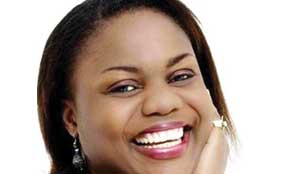 By GETHSEMANE MWIZABI –
OUTSPOKEN former member of Shatel Saboi Imbeola says the National Arts Council (NAC) has no powers dissolve the Maiko Zulu Zambia Association of Musicians (ZAM) interim committee.
Her statement came after NAC issued a statement in the media dissolving the music body, after it failed to usher in a new executive last week at an event that was characterised by confusion.
On her facebook page, Ms Imboela argued that NAC was subordinate to ZAM, not the other way round.
“The only thing that is due for dissolution now is NAC. Infact, putting that Interim Committee in place was the only thing all delegates seemed to have agreed on unanimously,” she said.
She advised NAC to read the constitution and prove to people why artistes have been crying for their removal.
She said the ZAM Annual General Meeting (AGM) was the highest decision making body of the Association and the AGM decided on the old executive to act as an interim until all matters are resolved.
Ms Imboela said it was ZAM, under the chairmanship of the late Webster Malama that created NAC, saying ZAM was not NAC’s baby but rather NAC was a baby of ZAM.
“So if our baby feels that they have grown too many teeth that they continue to bite us with instead of chewing the food we give them, then the next thing that will happen is that we can probably disaffiliate ourselves from the confusion of NAC – which has always been worse than any Association,” she said.
She said artistes can lead themselves- whether as same groups or divided on genres of music.
By the way, this is 2014 and the tenure of the current NAC should have come to an end in 2013. Can people start looking for jobs elsewhere than treat NAC like it’s their life-line,” she said,
According to her, NAC does not even exist until the new councilors are appointed for 2014.
According to Maiko Zulu the confusion at the ZAM AGM was caused by people who brought choirs to vote for them expecting that each choir member is going to vote.
Thus, SACCORD the election monitors called off the elections until elections issues were resolved.