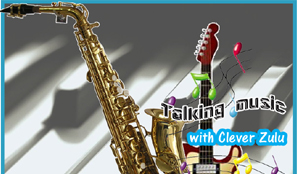 THE Zambia Association of Musicians (ZAM) recently launched a strategic plan to improve the association’s way of operation as well as making it a viable union that musicians in the country can depend on for their wellbeing.

Last week the association members were scheduled to hold elections to usher in a new executive after the tenure of Maiko Zulu had come to an end.

Maiko Zulu was not to stand as he announced last year that he will not be standing for the ZAM chairmanship position while Mukubesa Mundia aka Petersen, James Ngoma aka Chamanyazi and BJ Ngosa were the front runners for the top position.

The much anticipated elections were to be held at the Lusaka Playhouse during the Annual General Meeting (AGM) but alas it was an embarrassing story for the association that is tasked to look into different affairs of the blossoming industry for many talented musical youths in Zambia.

According to Times staffer, Sam Phiri, who covered the AGM last week, the musicians were embroiled in vote-buying and constitution breaches to force their way into the executive of ZAM.

Zambia Association of Musicians (ZAM) AGM that was supposed to usher in the new executive but instead ended up postponing the polls.

The AGM that literally took the whole day of working hours, kicked off on a rather good and promising note with delegates looking forward to the most important and intricate part on the agendas- voting.

But  confusion started around 11:00 hours when the then outgoing president Maiko Zulu finished what was supposed to be his farewell speech and then allowed for some reactions from the members before he could finally dissolve his executive.

The reactions started again on a rather good note as the first speakers hinged on praising mainly Maiko Zulu’s leadership and what the former executive had scored but confusion started  when CQ made his submission.

From the look of things, CQ’s submission brought out a number of concerns that many delegates would have wanted to voice out.

CQ observed that there ware camps among delegates with motives of getting to the top using unclear means and that those who paid should be given a mandate to vote even if they paid a day before the AGM.

This brought out a heated debate as the outgoing team maintained it would only allow those that paid their membership fees before 16 January 2014 to avoid vote buying.

Now, those who prepared enough numbers to back them up could not buy the idea of only allowing those that paid after 16 January more especially that it was not backed by the ZAM constitution. At this juncture, it was as though everyone now had something to talk about with tempers flaring up.

Seating on a hot seat, Maiko Zulu had to rescue himself by cutting the debate and compulsorily dissolved his executive to allow delegates time to listen to other reports and break for lunch.

After lunch the debate rage continued until this time around chaired by an independent election monitoring team Southern Africa Centre for Constructive Conflict Resolutions Disputes (SACCORD) that throw out the newly applied law that only those who paid before the 16 were eligible to vote as that was not in the ZAM constitution.

SACCORD executive director Boniface Cheembe said while it was a right thing to do, ZAM would have made that point clear in the constitution.

The confusion reached its climax when SACCORD started calling out the names on the hand written voters register. Some names were appearing twice on the same register like that of Maiko Zulu himself. Others used their real names and stage names to register twice.

The other tense issue was that some interested candidates came with bus loads of choir members to back them up; an anomaly that SACCORD tried to clarify that choirs and other musical groups should only be given a single ballot.

Other fully paid up members with receipts like Ephraim Mutalange did not appear on the register.

To say the least, the register sounded more of a joke than a serious document meant to usher in people into offices.  This showed less preparedness and luck of seriousness on the outgoing executive on the issues pertaining organizing an election.

After serving its respective term and just at the verge of passing on the mantel to a new executive, the Maiko Zulu led executive forced back into power on interim basis as SACCORD found a lot of anomalies in the register such that they had to postpone the election till ZAM sorts out the issue of the register of eligible voters.

Speaking after the disbandment of the election, SACCORD executive director said it was sad that a reputable organization like ZAM could fail to carry out an election.

“As SACCORD what we can say is that it is not clear in the constitution on two important issues to do with deadline of payment and deadline of voters’ registration.

We have seen a situation where people were coming to pay on the day of the elections on the door but that should not be the case because even in national elections there is a deadline for registration so that election officers should have time to go through and verify the names in the register. So this interim team should between now and the next AGM look into this source of conflict seriously,” he said.

As things stand, the Maiko Zulu executive is still in power until the next AGM whose date still remains in the darkest corners of ZAM.

Thanks Sam for that detailed report which brings us to the issue of the exclusion of the music body in the Zambia Music Awards (ZAMA) despite the awards being about music.

If only ZAM can put into office serious people that will work hand in hand with the National Arts Council (NAC) and the Government, the potential of the music industry in Zambia will improve and bear the desired fruits for our talented young musicians.