By CHUSA SICHONE –
WOMEN for Change (WfC) is confident that Government’s plan to introduce fast-track courts to deal with child marriage perpetrators will help in reducing the practice.
WfC executive director Lumba Siyanga said Government’s decision was welcome and long overdue as the organisation had for a long time been advocating for the outlawing of early marriages.
“It’s very much welcome, it’s something we have been looking forward to because most people take marriage as an issue of culture, but now people should start seeing that you can actually be prosecuted if you are marrying off an underage child,” she said.
Ms Siyanga said issues of justice should be considered when dealing with early marriages.
Last month, Zambia became the first African country to hold the African Girls’ Summit on Ending Child Marriage. 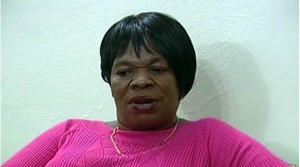 It was during the summit that Gender and Child Development Minister Nkandu Luo disclosed that Government was building the first-ever fast-track courts for the speedy prosecution of early marriage perpetrators.
The two-day summit ended with participants committing to, among other things, employing focused interventions to prevent girls from becoming brides below the age of 18.
Meanwhile, Msanzala Member of Parliament Joseph Lungu said involvement of traditional leaders, teachers, elderly women and the Police had helped in combatting child marriages in the constituency.
Colonel Lungu, who is Gender and Child Development deputy minister, said he had taken advantage of every meeting he held in Msanzala Constituency to sensitise the people to desist from encouraging early marriages.
“I don’t have the statistics but from my personal observation, child marriage cases in Msanzala Constituency have been reducing,” he said.