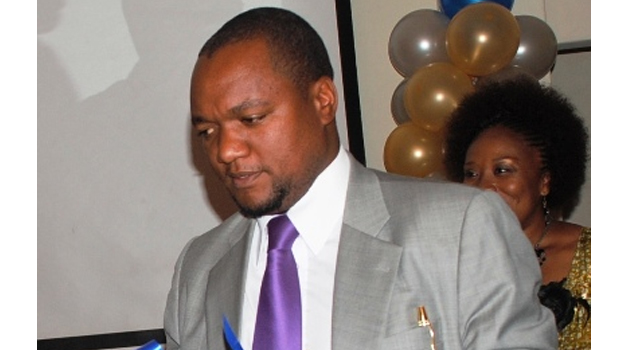 PRESSURE has mounted on Patriotic Front (PF) Matero Member of Parliament (MP) Miles Sampa to resign from the ruling party following his purported alliance with people maligning the leadership of President Edgar Lungu.
The ruling party has questioned Mr Sampa’s allegiance to the PF and President Lungu, in particular, in view of his association with the Post, which is giving him a lot of ‘positive’ coverage.
PF media and publicity committee chairperson Frank Bwalya said in an interview yesterday that Mr Sampa, who resigned as Commerce, Trade and Industry deputy minister last year, had cemented his association with people promoting virtues contrary to those of the ruling party.
“We are disappointed that Matero MP Miles Sampa, who resigned as deputy minister last year to mobilise party structures, has now started issuing statements that are not adding value to President Lungu’s efforts of strengthening the PF in readiness for the general elections.
“We all expected Mr Sampa to walk the talk by mobilising party structures, but he is issuing statements contrary to his pledge of working for the party,” he said.
Fr Bwalya said, after openly declaring support for President Lungu at a press conference last year, the party expected Mr Sampa to be on the ground mobilising structures ahead of the polls.
“Unfortunately, Mr Sampa is carrying himself in a manner that is not befitting a helper of President Lungu in preparing the party for the general elections.
“It is irresponsible for anyone in the party to conduct themselves in such a manner and we urge Mr Sampa to come out in the open and state what it is that he really wants,” he said.
However, Mr Sampa refuted all the claims levelled against him, saying that he had no intentions of forming a political party.
According to an item monitored on Hot FM news in Lusaka yesterday, Mr Sampa said the claims by the PF youths were misplaced.
He challenged Lusaka Province PF deputy youth chairperson, Daniel Kalembe and others questioning his loyalty to appear before him in person as opposed to issuing what he termed blanket statements through the media.
Meanwhile, Lusaka Province PF youth chairperson Kennedy Kamba said in a separate interview that the ruling party youths doubted Mr Sampa’s loyalty due to his association with the Post.
Mr Kamba said the private media institution was fond of smearing the Head of State with all sorts of material in order to create a bad image of him and the PF.
He said the party also had information that Mr Sampa had of late been sidelining PF structures in Matero constituency.
“We have noted with concern that Mr Sampa is receiving very positive coverage in the Post newspaper while his Excellency the President, is receiving very negative coverage.
“We are beginning to get concerned about Mr Sampa’s loyalty to PF, particularly that he is also sidelining our party structures in Matero,” Mr Kamba said.
Fr Bwalya and Mr Kamba’s words were echoed by Lusaka District PF chairperson Stafford Kayame, who said Mr Sampa should immediately leave the ruling party.
“As far as the party at district level is concerned, Mr Sampa is not PF and we have challenged him to resign and continue with other political activities that are not associated with PF.
“Going by the statements he is issuing, Mr Sampa is de-campaigning the PF, so he is free to leave the party and even if he goes, PF will still retain the Matero seat in the elections,” Mr Kayame said.