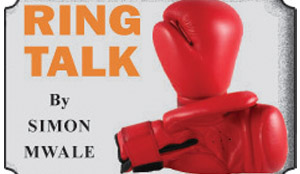 WHEN I saw a speculative story this past week about the possible return to the ring of retired undefeated American icon Floyd “Money” Mayweather Jr, I had mixed reactions.
In one breath, I wasn’t exactly surprised about the likelihood of his return because a few years ago, he hung up his gloves only to make a volte face which before he announced his current retirement from the sport that made him change his moniker to “Money” from “Pretty Boy.”
But I also wondered why recently, Mayweather put down his walking away from boxing to the unspecified toll the sport had taken on his body, lending credence to the perception among many that he wasn’t kidding this time around.
This week, however, Bleacher Report featured columnist, Tom Sunderland, reported that Mayweather is considering a comeback bout against unified middleweight champion Gennady Golovkin, (GGG), 34-0, with 31 knockouts according to trainer Abel Sanchez.
Speaking to Jenna J of On The Ropes Boxing, Sanchez said Mayweather was “fixated” upon a fixture with Golovkin and added his view that the 49-0 veteran has a plan in place for his return.
“He is saying things about a comeback; he just seems to be fixated on Golovkin. I’ve seen three or four pieces in the last couple of weeks where he’s talking about beating Golovkin, it looks like he’s laying the ground work for something, whether it’s Golovkin or somebody else.
Floyd’s laying the ground works for a comeback,” Sanchez said.
“I think you lay the ground work, you say things to see how people react, you say things to see if it’s something that the public wants and he’s gauging that. We’ve always known that Floyd was a great businessman, so it’s all part of a plan for him. There’s nothing that he says or does that is not calculated.”
GGG has been touted as a potential opponent for former five-division world champion Mayweather, who hung up his gloves in September 2015 after defeating Andre Berto via a unanimous decision.
Sanchez’s claims will come as sweet news to some in the boxing community who feel a matchup between Golovkin, 33, and Mayweather, 39, would put the latter’s undefeated record to the test.
Golovkin is scheduled to defend his WBA, IBF, IBO and WBC interim middleweight titles against Dominic Wade on April 29, in California, looking to extend his record to 35-0.
However, there is a question of how the pair would match up in weight, and “Money” asked FightHype.com earlier this year how he could be expected to make middleweight when he struggled to fight at 147 pounds. However, the prolific trash-talker did swiftly add he’d defeat
Golovkin all the same (per Allan Fox of Boxing News 24).
“I can barely make 147, so how am I gonna fight at 160? Triple G, not being disrespectful, but he’s straight up and down, no special effects,” he said. “That’s easy work. With the (Manny) Pacquiao fight, you know 10 rounds to two that was a blowout.”
The heaviest weight at which Mayweather held a belt during his career was light middleweight; he last defended his WBC division title in the second of his two bouts against Marcos Maidana in September 2014.
There’s also reason to suggest “Money” and Golovkin would make for an intriguing contrast in styles, considering the latter has won 31 of his 34 fights via knockout. Meanwhile, Bleacher Report’s Jonathan Snowden highlighted Mayweather’s more evasive approach:
Golovkin has never fought outside middleweight, although Fox did add in his report that the Kazakh contender “would be willing to come down to 154.”
A Breacher Report poll on who would win the bout gives Maywaether 52.6 per cent chance against Golovkin’s 47.4 per cent out of some 20,000 people who took part in the poll.
Another boxing great, Prince Naseem Hamed, who recently spoke to iFL TV, predicted Mayweather would make “easy” work of Golovkin, who currently reigns as one of the finest pound-for-pound boxers in the world.
All things considered, there remains a huge array of obstacles that seem likely to prevent this bout from coming to fruition, but Sanchez said Mayweather at least has it on his mind.
Provided Golovkin is able to preserve his unbeaten record until then, a bout between the two could make for a blockbuster showcase with two pristine careers laid on the line.
Comments: mwale.simon@yahoo.co.uk 0966 755574/ 0953 744074