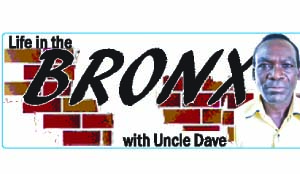 LAZZO was engaged in his usual introspection at the watering hole as he perched high on a stool facing the bar tender.
This man had a knack for exaggerating figures related to his intake of alcoholic lager bottles.
The man behind the counter had developed a habit for closely watching Lazzo and making sure he had gone beyond the inebriation stage before scribbling a number in his cash book.
Over the years, Lazzo had earned trust of the watering hole establishment to an extent where he was guzzling on credit.
But lately, he had noticed that against his name in the cash book were numbers that made him blink the following day whenever he was reminded that he had gulped down what he considered to be above average number of bottles.
In this context, his swigs at the bottle were becoming a menacingly expensive affair considering his meagre pay packet!
Lazzo had been a revered patron of the watering hole since the stormy 1980s when few imagined the advent of new remote control technology which had given birth to the cell phone.
Indeed, the world had changed for the better as Lazzo could now communicate as he walked unlike the heydays when he had  to use a stationery landphone  which his engineer mentor often referred to as a ‘landphone’ or  ‘terresterial line’.
In fact, the engineer turned out to be a regular patron of the watering hole which attracted a good number of the white collar clientele whilst the rest were a mixed breed of blue collar workforce.
The technical man had once explained to Lazzo that signals that went beyond the ozone layer were described as ‘extraterresterial signals.
Again, Lazzo was getting lost owing to his humble literacy levels which found such briefings  turning out to be a ‘Greek’ lesson!
However, Lazzo thought that one would learn much by associating with such people at the watering hole than the opaque brew group  deeper in the hood.
This watering hole was a far cry from the other gatherings in hood because Lazzo could see some patrons walking in with laptops and worked on some projects as they sipped away at some bottle.
But it was here Lazzo’s mentor found his way onto the streets from an office; when he drove into the precincts when he was once a company driver.
As soon as he slammed the door shut and preparing to effect the locking mechanism of his remote control switch, a man emerged from behind the dilapidated semi-finished adobe brickwall structure and pointed a pistol at him!
He demanded the car keys or his life.  The driving man thought he was in dreamland  and to him, it really occurred like an episode in a film!
The man sensed that the sniper was up to no good and so was compelled to surrender his keys of the company car.
For some time, some hoodlums had been watching his movements to and fro a woman’s house in the hood and plotted an interception.
Their timing was perfect as they caught him napping en route to the woman’s house whose door was hidden by a wall.
The man watched helplesslyas the vehicle was driven away at an incredible speed that further exacerbated his despair.
This episode marked his exit from the company and finally joined a myriad of jobless souls in the hood and was a perennial patron at the watering hole.
Momentarily, Lazzo stared towards the entrance but was not seeing anything as he was embroiled in deep thought.
Here, he had seen some retired men waiting for their pension dues meet their Waterloo which they surrendered to their next of kin while others had gone on an orgy of freewheeling expenditure painting the hood red!
In these parts too, Lazzo had heard of a romantic adventurist who was duped by a prostitute.
She had connived with some hoodlums to storm their brothel room as they slept and they snatched a bag which contained a huge amount of cash that he wanted to take to the hinterland the following morning.
Prior to this, the pleasure-seeking reveller had given the prostitute some of that money and by this act he had opened a Pandora box!
Lazzo realised that strange things happened in the hood and often the grapevine at the watering hole brought them to light.
It was here again where his mentor recounted his schooldays as he and others crossed a river going to boarding school.
In his recount, he disclosed how one of the pupils poked fun at the teacher as he wrote on the blackboard.
This naughty pupil would make gestures behind the teacher’s back and he turned he would find this pupil standing upright and quickly asked for permission to go to the toilet outside.
The class giggled en mass as the pupil strode out of the room heading towards the door.  But one of the mischievous pupil’s rival told the teacher that the schoolboy had been gesticulating behind his back and this why the class giggled.
The erring pupil was finally punished and was told to his face that he had been naught.  The punishment was a task of digging a trench in the schoolyard as the rest of the pupils attended class.
It turned out that the boy with the amusement antics in class did not go far and could cross the bridge at Grade Vll level and subsequently dropped out.
As Lazzo recollected the narrated mentor’s past, he could not help aptly think that too much water had passed under the bridge for some people to be what they later became.
Scores of patrons were streaming in to watch a soccer match on television and it was Manchester United and Chelsea again.
Lazzo had suddenly realised the  penchant for these English Premier League games as they also provided a gambling scenario of betting in the hood!
The watering hole was once again filled to the brim as humid smoky air reigned supreme.