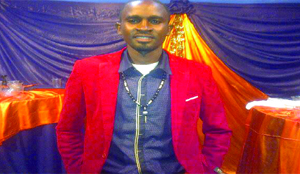 HE is among contemporary gospel music artistes who have re-branded the Zambian industry with their talent.

Stanslous Bwalya entered the local gospel music front in 2009 and he has already produced two albums adding up to 24-songs.

“I produced my first album titled Finshi Ninga’landa in 2009 under very trying circumstances because by then, I had no financial muscle to achieve such a feat,” Stanslous told Dstv Entertainment.

Finshi Ninga’landa meaning What Can I Say was produced at a local studio with the help of an associate who identified the talent that Stanslous had to preach the word of God through song.

The Ndola-based artiste revealed that it was difficult for him to market this album as a novice to the music industry would not have the know-how right there and then.

“This, however, did not discourage me because I understood my calling all too well,” says the praise and worship leader at Shalom Christian Centre in Lubuto.

At this point, scripture and prayers were the principal objects that Stanslous knew he could depend on if he was to realise his dream of becoming an internationally acclaimed gospel singer.

“The word of God says we all shall receive power and witness to all Jerusalem; this was what inspired me to write and sing most of the songs in vernacular.

In 2012, Stanslous released his latest album titled Natutashe Let’s give thanks with the help of X-Blaster studios.

The 12-track album has been fairly marketed across the country and is already accessible through the electronic and online media.

Through his career, Stanslous has worked with other artistes such as Stan Chipuma, Suwilanji, Kelvin of DMK and Marvin of B3.

“My family, the church, friends have all played a significant role in my music career as they too know the message that transmitted is through signing for God,” he narrates.

Stanslous now looks to one day scooping the coveted Kora awards under the gospel category, adding that this would be an indication that his music has gone beyond the shores.