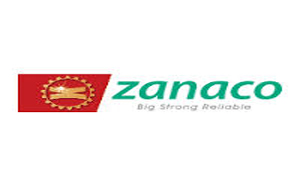 ZAMBIA National Commercial Bank (ZANACO) has pledged to turn around its financial position despite the current macro-economic challenges.
Zanaco chief executive officer Bruce Dick said the economic outlook and market conditions would remain fragile due to election pressure, tight liquidity, continued power challenges and inflationary pressure.
Mr Dick said despite the challenges, the bank would focus on turning around its financial performance.
He said when he presented the bank’s performance report for the year ended 2015 in Lusaka, that Zanaco grew its total revenue by 10 per cent from K973 million in 2014 to K1,068 million last year.
Mr Dick said the profit before tax declined by 23 per cent from K367 million to K283 million which was attributed to increasing funding costs arising from tight liquidity environment.
This was also coupled with increasing operation costs due to the exchange rate effects on the United States dollar denominated information technology and property related costs.
He said despite the slowdown in profit before tax, the balance sheet grew by 19 per cent from K6,664 million in 2014 to K7,946 million in 2015.
“The deposits, loans and advances grew by 19 per cent and 10 per cent from K5,054 million to K6,033 million and K3,139 million to K3,447 million in 2014 and 2015 respectively,” he said.
Mr Dick noted that the market liquidity remained tough due to the tight monetary policy stance taken by the Bank of Zambia (BoZ) as a measure to maintain macro –economic stability which increased interest rates thereby causing the cost of funding to rise significantly.
He said the bank was optimistic of achieving a million customer base mark, which would be a major key milestone.
Mr Dick said this would make Zanaco the first bank in the country to have a million customers in its portfolio.
He said the bank was undergoing a re-organisation programme which was aimed at re-aligning its operating model with its strategic ambitions.
The overall outcome of the programme was to ensure that the bank delivers on strategic ambitions of being the first in its chosen segments.