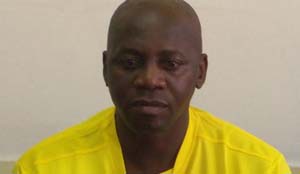 at Arthur Davies Stadium
Power 1 Arrows 0
POWER Dynamos handed coach Tennant Chilumba some much needed breathing space with a deserved narrow home win over Red Arrows.
The goal may have been contentious, allegedly scored from an offside position, but it was a massive relief for Chilumba to end a two-match losing streak that led to a five-match ultimatum which loomed over his three-year reign at Arthur Davies.
Meanwhile, Power dominated the match and could have won by a wider margin without the controversial second half winner.
The major talking point of the first half was Luka Lungu’s potential candidate for miss of the  season in the 43rd minute when he fired high and over on the goal-line from a Kelvin Mubanga free kick.
Power secured the precious win for Chilumba in the 78th minute when Martin Phiri beat Daniel Munyao after the latter had parried debutant Fwayo Tembo’s free kick amidst protests of offside by the visitors’
bench and players that subsequently led to Arrows coach Mathews Phiri’s sending-off in protest over the goal.
Fwayo on the other hand made a memorable debut after coming for Lungu in the 60th minute and did not disappoint with glimpses of possibly good things to come from him during his two-year stay at Power.
His departure to the team bus was met with whistles and cheers by some much relieved Power fans.
Rangers 1 Buffaloes 0
Nchanga Rangers moved into second position on the log following a hard fought win over an inconsistent Green Buffaloes side that remained stuck on five points, reports ALBERT KAMUSWEKE from Nchanga Stadium.
A Kabeya Mulume 45th minute glancing header off an Emmanuel Banda cross settled this exciting encounter as Rangers closed the gap on Nkana to just three points.
Warriors 3 Wanderers 1
Coach Mohammed Fathy picked up his first win of the campaign as Kabwe Warriors thrashed ‘Mighty’ Mufulira Wanderers at the Godfrey ‘Ucar’ Chitalu Stadium in Kabwe to move up to five points.
Jacob Phiri gave Warriors the lead with a powerful low drive past Wanderers keeper Joshua Manyongo in the sixth minute before Josphat Kasusu doubled the lead two minutes later.
Wanderers reduced the deficit in the 23rd minute through a free-kick by captain Taonga Bwembya following a foul on Joseph Sitali by Warriors’ Siloni Jere but the hosts made sure of the result in the 83rd minute when Paul Simpemba’s free kick was tapped in by Perry Mubanga as the home side picked up a morale boosting win. Wanderers remain muted on six points.
Eagles 1 Lumwana 0
From Independence Stadium in Choma, NCHIMUNYA MUGANYA reports that Spencer Sautu scored the only goal of the match as Green Eagles recorded their first win of the season.
Sautu’s second minute goal took Eagles up to four points as Lumwana Radiants suffered a second straight defeat to be level on points with their hosts.
Blackpool 0 Nakambala 0
In Mufulira, Nakambala Leopards held Mufulira Blackpool to a goalless draw as the home side was left searching for a first win. Nakambala moved up to six points while Blackpool are on two.
Playing today: Napsa Stars v Nkwazi @ 13:00 hours and Lusaka Tigers v Nkana @15:00 hours at Independence Stadium.