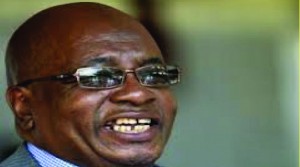 EDUCATION Minister John Phiri is quoted in some sections of the media attributing the poor performance of school leavers, in last year’s examinations, to high illiteracy levels among grade 12 pupils.
Ideally, anyone who reaches grade 12 in Zambia’s education system is expected to be literate, otherwise how could an illiterate person be expected to go thus far!
To be literate simply means having the ability to read and write. Dr Phiri is, therefore, stating the fact that there are just too many pupils at grade 12 level who simply do not know how to read and write.
Harsh statement this may sound, but the minister’s words may even turn out to be an understatement.
This is because the reading culture in schools nowadays is extremely poor and largely non-existent among many pupils.
While the pupils of yester-years were not just encouraged, and even forced, by their teachers and parents/guardians to read, pupils themselves took it upon themselves to undertake this seemingly easy task.
They, for instance, made it the habit to utilise the 15 minutes-or-so break they were given for them to stretch their legs or visit the lavatory to finish reading at least one chapter of a novel or story book.
On the contrary, today’s pupils will use this short, but precious time, gossiping, hanging about at tuck shops or the roadside eating home-made cakes and fritters.
And while pupils of olden days could be seen reading a novel, newspaper, magazine or anything on board the now defunct United Bus Company of Zambia bus bound for the Copperbelt, for instance, pupils these days would rather doze off on the luxury bus.
Today’s pupils may count themselves lucky in that they are within the hightech-era where they are easily exposed to such gadgets as laptops, dongles and smart phones.
Sadly, instead of taking advantage of this computer revolution for educational purposes, they are using these gadgets to look for and communicate with friends, and many unnecessary activities, including watching pornography.
A comparative study of the old learner and the one of today would most certainly show a wide disparity even on issues of current affairs.
For instance, while a form five of the 1970s could know presidents of each and every sub-Saharan African country, as well as which minister was responsible for which ministry here at home, many of today’s grade 12 pupils probably don’t even know the minister of Education.
Reading helps a pupil to broaden his/her knowledge of a wide range of issues.
The Education Minister may probably be right to say that illiteracy levels among grade 12 pupils caused their poor performance, for if only they knew how to read and write, they could have been doing this and picked up something that could at least get them above the cut-off point.
And we welcome any move to promote the reading culture in the country like what the Livingstone Press Club is doing.