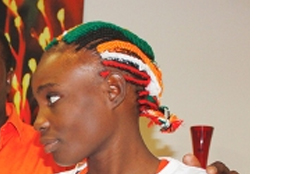 CATHERINE Phiri’s opponent for the March 15 World Boxing Council (WBC) bantamweight silver title fight, Pia Mazelanik arrives in the country four days before the bout.
And Charles Manyuchi’s opponent, Patrick Allotey is expected in the country on March 10 ahead of the WBC inter-continental welterweight fight set for Government Complex in Lusaka.
According to arrival dates released by Oriental Quarried Boxing Promotions (OQBP) manager Christopher Malunga, Mazelanik would be accompanied by her coach Patrick Andrzejewski and as well Christian Hiller.
The three-member Germany delegation will return home on March 16, same with Allotey, who will be accompanied by his coach Asare Ofori and Frederick Jacob Annang.
Malunga said WBC vice-president Houicine Houichi, who will grace the tournament, arrives in the country on March 13, along with referees Lilian Olero and Fredrick Ghartey.
South African referees Joseph Chaane and Silvia Mokaila will also arrive on the date ahead of the tournament whose budget has been put at K753,000 by OQBP.
The boxing stable last week got a boost after Zamtel donated K250, 000 towards staging of the fight to leave OQBP with a deficit of K248,000.